How To Make A Keto Margarita 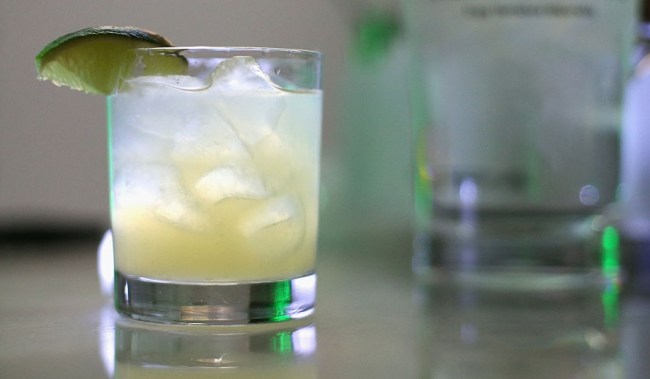 Today is National Margarita Day, which means it is time to imbibe in all the glory that is this sweet, sour, salty cocktail. But if you are on the keto diet, margaritas can be problematic to say the least. So we are going to alter your run-of-the-mill margarita and make this tantalizing tequila drink a little more keto-friendly.

The average premade margarita mix will have 27 grams and carbohydrates and 26 grams of sugar and that’s just for ONE regular size cocktail. That is going to trample any progress you’ve made on your ketogenic diet. Not to mention margarita mixes might be exposing your body to high fructose corn syrup or other artificial ingredients. Let’s get those very unhealthy numbers down shall we?

Now for margaritas, you don’t need to blow your budget and get a $100 tequila because you’re making a mixed drink. But don’t go too cheap either because then you’ll put yourself at risk for a nasty hangover. For my keto margarita, I used a Bandero Blanco Tequila, which is an absolute steal of a spirit that retails for around $35.

Bandero, which has some fantastic eye-catching packaging, is made from blue agave plants in the higher altitudes of eastern Los Altos Highlands of Jalisco, Mexico. The dryer and colder climate provides Bandero Tequila with a smooth and sweeter, almost pineapple-like flavor. This is perfect for keto margaritas because you’re going to want the spirit to supply its own sweetness because we’ll be cutting the sugar dramatically in this cocktail by not using the excessively saccharine margarita mix.

You’re supposed to stay away from fruit on the keto diet, but lime is one of the most keto-friendly fruits you’ll find out there. If you squeeze the juice from one lime you’ll get roughly 4 grams of carbs, 0.5 grams of sugar and a glycemic index of 24, one of the lowest fruits.

Normal margarita recipes would call for an orange-flavored liquor such as Triple Sec, Cointreau, or Grand Marnier. But those have too much sugar. You may want to use orange juice, but that too is going to have a lot of carbs and sugar. But don’t worry, because we have a couple of keto-friendly substitutes.

You could use an orange-flavored seltzer water that has zero calories and zero sugar such as Perrier’s L’Orange carbonated mineral water. Another substitute is to make your own orange-infused water by boiling water with an orange peel and then refrigerating it. Or you could just shave some orange zest into your drink and let the citrusy oils from the peel add that scrumptious orange flavor to your keto margarita.

Now you’re going to want a little sweetness to balance out the sourness of the lime juice. You could use agave nectar, but that has a great deal of sugar, even the light variation. You could use stevia, but for me that leaves an unwanted aftertaste. I added a little kiss of sweetness by adding a teaspoon (give or take on how sweet you want it) of yacon syrup. Yacon syrup is a natural sweetner derived from the yacon plant, which looks like a yam or sweet potato and is indigenous to the Andes Mountains. Yacon syrup has a glycemic index of only 1. Doesn’t get much better than that.

If you want to add salt to the rim that is your personal choice, but cutting down on sodium never hurt anybody. So there you have it, enjoy National Margarita Day, Cinco de Mayo, or any day with this keto margarita.