Flight Attendant Gives Advice On How To Survive A Plane Crash 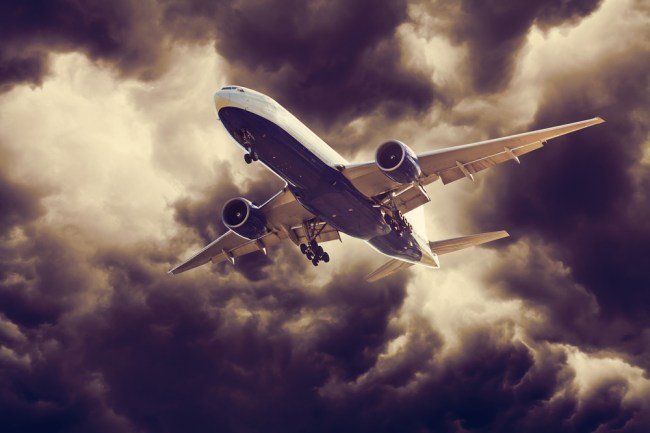 Nearly every person on this planet will never be involved in a plane crash. They are incredibly rare compared to every other type of disaster or crash. But, that shouldn’t stop you from living by the Boy Scouts’ motto of ‘Always Be Prepared’. Just because it’s not likely that you’ll ever be in a plane crash it doesn’t mean you shouldn’t arm yourself with the knowledge of how to survive a plane crash.

There are some pretty detailed responses in that thread, but that question led retired flight attendant Cheryl Schwartz to speak with the Daily Mail where she gave advice on how to best prepare yourself to survive a plane crash. Here’s what Cheryl had to say:

Know where you are:
Schwartz said: ‘I don’t care if you have flown in 747s for decades, they are not all the same.
‘Each time you take your seat you must count the number of rows between your seat and the nearest exits in front of you and behind you on the left and the right.’ (via)

This seems logical. Just stay aware of where you are on the plane before impact. Get on the flight and take a quick survey and know where the exits are so you don’t panic in the event of an evacuation.

Know how to pick the best brace position:
Schwartz said: ‘If you have a seat in front of you, cross your hands on that seat back in front of you and rest your forehead on top of your crossed hands.
‘You are going to flail around during a crash, but with your head supported in front of you your flailing distance is lessened and you have less chance of head and neck whiplash injuries.
‘If there is no seat in front of you, bend over as far as you can and grab your legs behind your knees. (via)

All hell is going to break loose upon impact. If the plane doesn’t rip apart and erupt into flames (depending on the size/type of aircraft) you might find yourself needing to get to a lifeboat as quickly as possible. You don’t want to get knocked out from the impact so get ready to brace.

Make sure there’s nothing in the area that can fly around and knock you out. The last thing you want is to be bleeding out from an iPhone hitting you in the face while trying to evacuate.

Leave your carry-on luggage and computer at your seat during an evacuation:
Schwartz said: ‘Stuff can be replaced — you can’t convince me that anything you own is more important than getting your life saved.
‘If I see you trying to come down the aisle with a computer I’ll rip it out of your hands and if another passenger is trying to evacuate and is blocked by your computer he’ll rip it out of your hands.
‘We have 90 seconds to evacuate 600 passengers or 30 passengers -we have trained and know how to do it, and your carry-on doesn’t fit into the mix. (via)

Can you imagine trying to evacuate 600 passengers in 90 seconds? That’s insanity. And I don’t really see how that’s even feasible. I’m thankful that’s not my job. If you ever crash, ditch your stuff and get out. The message is simple. You don’t have time to grab your gear.

There’s actually quite a bit more information from Cheryl Schwartz over on the Daily Mail article. So if you’re interested in the info above and want to learn more then follow that link and head on over to the Daily Mail.