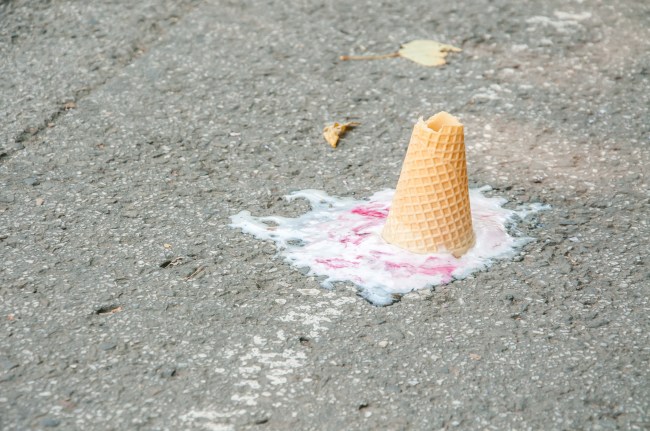 I’ve always been amazed by how the meaning of the word ‘prank’ is completely lost on certain people. It’s almost as if they see the word ‘prank‘ as a license to do what the hell they want and get away with it by justifying it as a prank.

We all knew someone in middle school who was a massive asshole and would do shit like dump someone’s backpack out and call it a prank, or hit the new kid with an atomic wedgie and call it a prank. I’m thinking of someone like Nelson from The Simpsons. No, inflicting harm and shame on someone isn’t a prank. And in this case, a Texas man is paying the price after putting a lot of people in harm’s way when he licked a Blue Bell Ice Cream at Walmart in Texas, filmed it as a ‘prank’ for Facebook, and went viral.

The fallout was Blue Bell was forced to pull all of their ice creams from the shelves, costing them a pretty penny, and everyone was on high alert for copycat pranksters who were really just assholes. Here he is last year saying he ‘trolled all of Southeast Texas’ after licking ice cream at Walmart.

Flash forward to present day and he’s been sentenced to 30 days in jail, fined, and forced to pay Blue Bell Ice Cream restitution for his prank:

“As a condition of probation, Anderson is required to pay a fine of $1000 and restitution in the amount of $1,565 to Blue Bell Creameries,” according to a Jefferson County District Attorney’s Office news release.

In a viral video posted on Facebook in Aug. 2019, Anderson was seen opening a container of ice cream and licking it before putting it back inside the freezer at a Port Arthur Walmart.

The Facebook video appears to show Anderson walking away after putting the ice cream back in the freezer. He later told 12News and police that he paid for the ice cream that he licked after the camera stopped rolling. (via)

30 days in jail for licking some ice cream that he later claimed he paid for… It kind of makes me wonder why Ariana Grande didn’t get hit with a more severe punishment for licking and spitting on donuts a few years back.

According to 12newsnow, there were several ‘copy cat videos’ that were posted around the time of this incident last year and Blue Bell had to pull all of their ice cream from the shelves at Walmart.

Actual pranks tend to be light-hearted in nature and don’t have long-term real-world consequences. A prank is putting a fake cockroach on the toilet seat to freak out your roommates or telling a co-worker to show up wearing a suit to a big meeting where everyone’s dressed casually (this happened to me). A prank isn’t forcing a company to pull all of their products from shelves because customers are afraid of getting sick.

You can find the original ice cream licking video over here if you’re interested in seeing that.