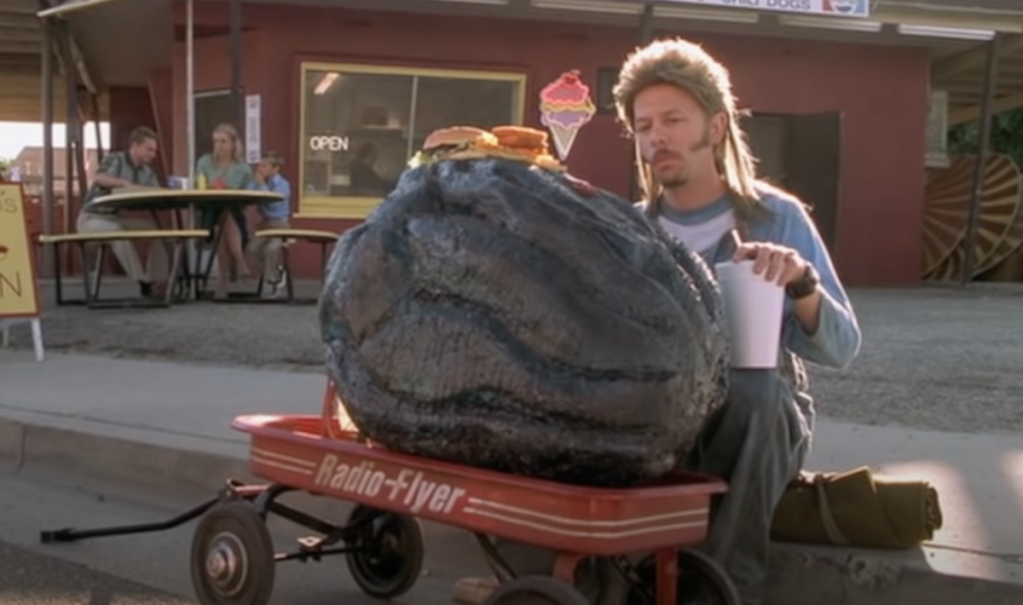 It’s never been clear if ‘Boeing Bombs’ is a term made up for Joe Dirt to describe when poop fell from a plane. Or if it’s a term to describe the very real but exceedingly rare phenomenon of poop falling from the sky after it’s been dumped by an airplane.

Whatever the case may be, I’ll just proceed by calling this a Boeing Bomb for the purposes of this article.

This incident took place on Waterlooville Street in Portsmouth, England. Residents were awoken around 10:30 at night when they heard a loud crash outside. One resident told The News they thought someone was throwing gravel at their windows. Alas, it was poopy ice that’s believed to have fallen from a plane’s crapper tank.

In the titular 2001 film Joe Dirt, Joe initially thought he’d found a meteor and started dragging it around town everywhere with him. He even ate some meals on it. Only to later find out it was a big ol’ chunk of poopy. Space peanuts not included.

The residents on Waterlooville Street knew right away it wasn’t a meteor because there was crashed ice everywhere and when the ice melted there was poop on the ground. Someone took it upon themselves to bag the poop so others wouldn’t be subjected to the plane poopy from the sky.

What’s wild is the icy crap only landed about 2-feet away from a car which it could’ve completely destroyed and made a crappy situation even shittier.

The Civil Aviation Authority says planes don’t drop hulking piles of dookie from the sky but evidence suggests otherwise. CAA claims that all logs are cleaned out between flights at the airport. But they still receive around 10 calls a year regarding falling ice, of which they have no liability for because it’s impossible to track when ice falls from a plane.

I call shenanigans on this. They have the bagged-up poop. It certainly didn’t come from aliens.