Want Your Home To Smell Like Swedish Meatballs? IKEA’s New Candle Has You Covered 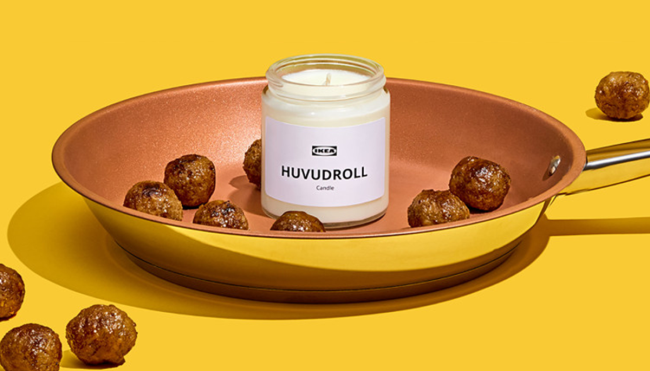 There are almost 450 IKEA locations scattered across the globe, all of which follow the same general blueprint: you spend more time than you anticipated walking through a maze of furniture displays and model room defined by an impeccably cohesive aesthetic you’ll never be able to achieve in your own place, use a tiny pencil to jot down the location of the items that catch your eye, and then wander through the seven levels of the Kitchenware Forest and through the swirly-twirly sea of home decor before entering the giant warehouse at the end and discovering half of the stuff you want is out of stock.

Of course, no trip to IKEA is truly complete without making the pilgrimage to the food court. If the store was a golf course, this pit stop would be the turn; a magical oasis where you can take a breath and fuel up as you prepare for the second leg of your journey.

There are plenty of options to pick from, but you’re doing yourself a disservice if you don’t grab a plate of the chain’s iconic Swedish meatballs, which are served up with mashed potatoes, cream sauce, and its signature lingonberry jam. You can also snag a bag of the treats dubbed “Huvudroll” from the freezer before departing the store, and now, IKEA is providing customers with a new way to bring the meatballs home with them.

According to The New York Post, IKEA is released a limited-edition scented candle that smells like Swedish meatballs that will be included in the “IKEA Store in a Box” package it’s rolling out to commemorate the 10th anniversary of its loyalty program. 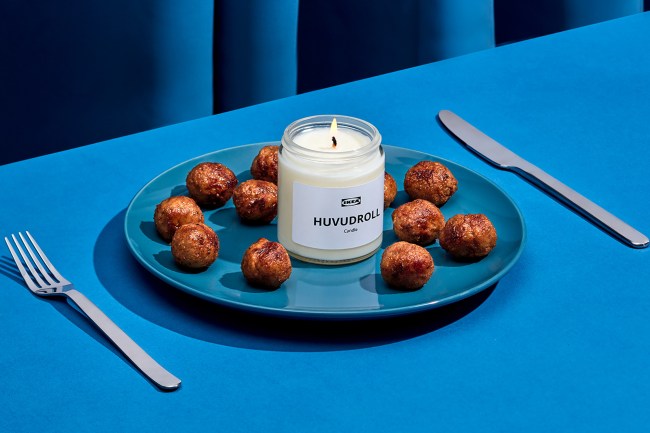 It’s currently unclear what other surprises lurk inside, but members will have a chance to get their hands on the candle and other items when the sweepstakes to snag them officially kicks off on August 6th.,