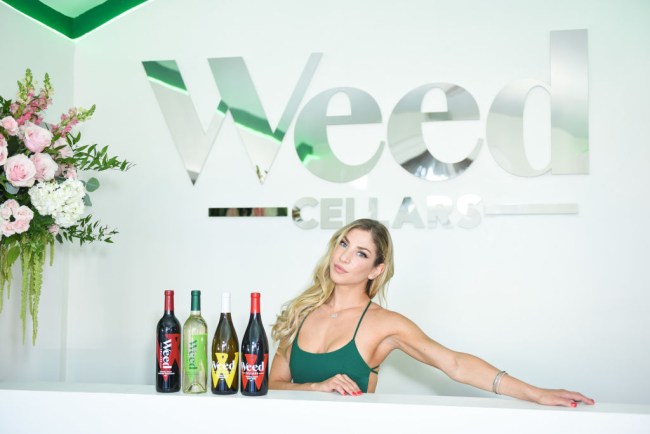 An Instagram model claims that she was banned from Tinder because she is “too hot.” Same.

Los Angeles-based Instagram model Holly Valentine was simply looking for love on Tinder, but then the dating app booted her. Valentine has over 1.3 million followers on her Instagram, which features many of the usual provocative poses you’ve come to expect from the thirst trap app.

Where are you from and what is your city like? LA is awesome and known for our movie stars and beaches but I’m originally from Chicago where we are known for The Bears and deep dish pizza 🍕 . . Photo: @sebby_raw Thank you: @thejennalee Shooting for: @chivetteofficial Fit: @revolve

Holly said she is “shy,” as you can tell by her photos on Instagram, and is using the app to find a suitable partner.

The 26-year-old professional model said she signed up to Tinder so she could meet eligible bachelors while she traveled the world for her jet-setting career. Valentine even signed up for the dating app’s paid premium service to find that special lover.

“I travel a lot so I wanted to date and meet new people when I was traveling, and in town, so I bought the most expensive package that they offer that lets you set your location to anywhere,” Valentine told the New York Post. “It’s like, $86 for an app is expensive!”

Only hours after signing up for Tinder’s premium membership, Holly was kicked off the app.

“I used clean pictures, did everything I was supposed to, swiped right on a couple people, I got some matches and then started binge-watching Game of Thrones,” Valentine said. “Then after a couple hours, I went back on, saw a couple previews of messages, and then got locked out of the app.”

Apparently, men on the dating app couldn’t believe that such a seductive-looking female was on the swiping dating app. The men were allegedly so sure that Valentine was a fake profile that they reported her account. Tinder also believed that Holly’s account was only on the app to catfish unsuspecting men.

Holly said she would get messages on Tinder such as “Why would a girl like you be on Tinder?” and “You’re probably not real.” Valentine said she’s “all-natural, very fit, blonde, girl next door looking.”

The Tinder account of the 26-year-old Instagram model was banned, but the app did not refund her payment. Valentine contacted Apple to get a refund, but they said: “refunds are up to the discretion of the app, and Tinder isn’t agreeing to it, but they won’t tell us why.”

“I didn’t even get to meet anyone or even really use the app,” she said.

Happy May 4th Star Wars fans!!! I’m definitely a fan of Star Wars but I am a superfan if a certain 80’s cartoon…can you guess which cartoon that is by my outfit 🌈 #maythe4thbewithyou #starwars #theforce

See, being sexy isn’t all that it’s cracked up to be. Nobody is trying to ban your Tinder account with your profile pic of you LARPing as Little John from Robin Hood as you devour a 5-pound turkey leg at the renaissance fair.