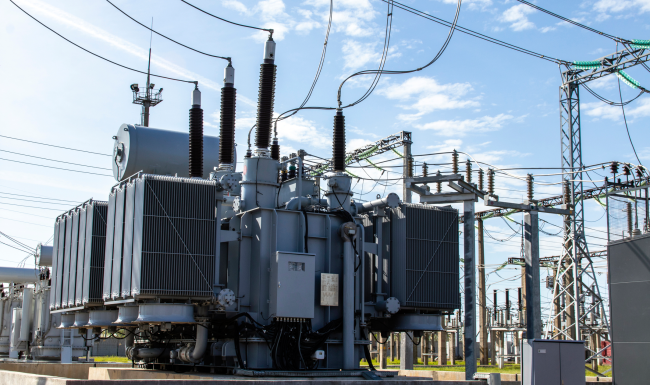 According to a recently released United States Joint Intelligence Bulletin (JIB) from the FBI, Department of Homeland Security and National Counterterrorism Center, a modified quadcopter-type consumer drone was used in an attempted attack on an electrical grid.

ABC News reports a federal law enforcement bulletin revealed that the drone crashed near the substation and was likely meant to damage or disrupt the electric power grid.

The July 2020 incident is the first known case of a “modified unmanned aircraft system likely being used in the United States to specifically target energy infrastructure,” states the October 28 memo from the FBI, Department of Homeland Security and the National Counterterrorism Center. That statement is based on a review of drone incidents dating back to 2017.

No damage was done to the electricity supply or equipment, according to the memo. It is still unclear who was responsible for operating the drone that crashed on a rooftop near the unidentified substation.

The electrical substation is located in Pennsylvania, across from the Hershey Company’s old chocolate factory in Hershey, reports The War Zone.

New Scientist reports “the drone was modified with a trailing tether supporting a length of copper wire. If the wire had come into contact with high-voltage equipment it could have caused a short circuit, equipment failures and possibly fires.”

The device is similar in concept to ”blackout bombs” used by the US Air Force, which have no explosive but scatter masses of conductive filaments over electrical equipment. These were used to shut down 70 per cent of Serbia’s electricity generation capacity in 1999 during the Kosovo war.

Electrical substations are normally protected by fences and other barriers, but Zak Kallenborn at the National Consortium for the Study of Terrorism and Responses to Terrorism in Maryland says these may not be sufficient against drones.

“Counter-terrorism defenses largely assume a ground-based attacker. Hence the fences and bollards everywhere,” said Kallenborn. “The defenses are obsolete if terrorists can take to the air. Drones are cheap, and easy to use. Critical infrastructure facilities need to worry about attacks from any direction.”

The War Zone speculates that this would be a similar method of attack, on a significantly smaller scale, used by the U.S. military to create blackouts in Iraq during the first Gulf War in 1991. In that case, the military utilized Tomahawk cruise missiles loaded with spools of highly-conductive carbon fiber wire, also known as “graphite bombs.”

“This is the first known instance of a modified UAS [unmanned aerial system] likely being used in the United States to specifically target energy infrastructure,” reads the JIB. “We assess that a UAS recovered near an electrical substation was likely intended to disrupt operations by creating a short circuit to cause damage to transformers or distribution lines, based on the design and recovery location.”

The modified drone, believed to be a DJI Mavic 2, reportedly had copper wire strung underneath it, its camera and internal memory card, as well as any identifying markings removed. It was heavily worn and the JIB says it was modified for this single flight.

It appeared to have been modified to create a “short circuit to cause damage to transformers or distribution lines, based on the design and recovery location,” according to the JIB.

Federal officials are hoping that the release of this Joint Intelligence Bulletin to state and local officials will raise awareness about the threat drones can present to critical infrastructure.