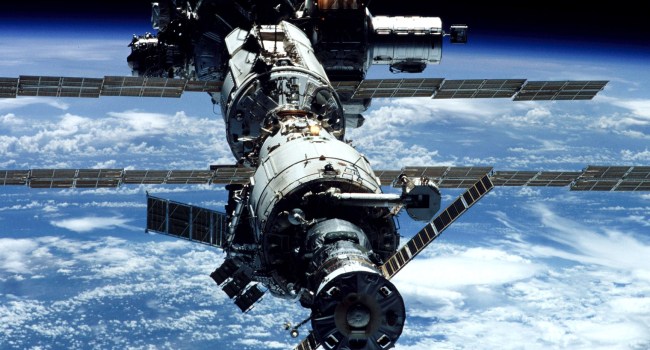 With each passing week we get closer and closer to making those in the know admit what we have all long suspected: aliens are real.

This week we have even more proof of their existence in the form of video captured from the International Space Station live cam on November 21, 2019 that, according to UFO expert Scott C. Waring, “is 100% proof that NASA and Russia know that aliens frequently visit the space station.”

Also captured on the video is audio of a Russian astronaut on the ISS, saying, “a ship,” to which NASA replies, “Copy all. We just clarified. It’s with you… thank you,” reports Waring. 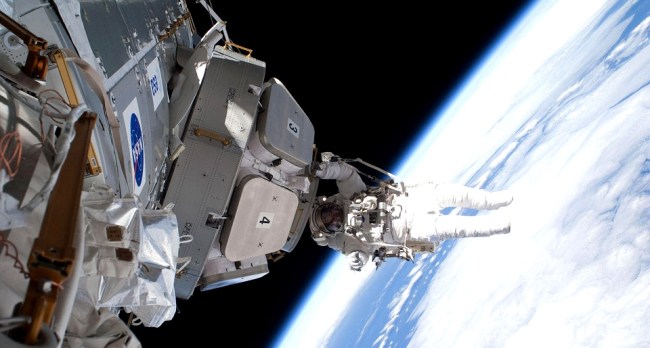 This conversation recorded from the NASA live cam is 100% proof that NASA knows about alien craft buzzing past and around the space station. When the Russian astronaut aboard the ISS said, “a ship…” The NASA ground control cut him off and said, “Copy all,” before he could finish what he was saying. She already saw it on live cam at ground control. She reacted fast, before he could talk about it too much…but he already said the most important thing he could…”a ship!” You see, even he knew it was an alien ship off the bow of the ISS. Eventually going to a red screen with no cam.

Also, did you notice the video was clear, but when the UFOs appeared…it caused a disturbance in the tech and made the video fuzzy. UFOs are known to cause electrical disturbances and to even shut down cars, trucks and watches.

Key comments and observations by viewers of the video include…

“How many times have we seen and heard evidence of UFOS around the space station?! Lots. Wonder what ‘experiments’ are really being conducted there…..”

“In this episode of national secrecy we hear English and Russian. The woman is speaking in code, never mentioning the object or subject at hand. She sounds excited and delivers the message clumsily (no 007 lol). Also you can see a few objects at the screen but they are moving in a straight line, never deviating. This might indicate that a really big ship (cloaked) is actually covering the whole screen. Some of the cloaking have cracks in it. This might be percieved as several objects.”

“Wow. It is like one huge partially materialized ship. No wonder the astronaut is so nervous! That is as alien as it gets.”

Head to the 2:00 mark to hear the brief conversation between the Russian astronaut and NASA.

We can now add this evidence to the ever-growing list reinforcing the proof of alien existence.

• UFO expert claims to have video proof of a fleet of alien spaceships passing by our moon
• 5 Navy veterans and new anonymous source who witnessed the USS Nimitz UFO incident come forward to reveal what they saw
• Retired Air Force Major says a space alien was shot and killed at a base in 1978, government covered it up
• US Navy pilot David Fravor who claims to have witnessed a UFO says the tapes of the encounter have disappeared
• Eyewitnesses spot identical fleet of UFOs in the sky over Utah and North Carolina in the same day
• UFO expert says he has ‘100% proof’ that aliens currently live in a ‘city’ on our moon
• Red triangular craft recorded hovering in the Texas sky is perhaps the ‘clearest UFO footage’ ever
• Top Gun Navy pilot describes his incredible UFO encounter on ‘The Joe Rogan Experience’
• A strange ‘fleet’ of 14 glowing UFOs was spotted and caught on camera off the coast of North Carolina