Ivanka Trump Allegedly Farted And Blamed It On Someone Else, Which Only Makes Me Like Her More 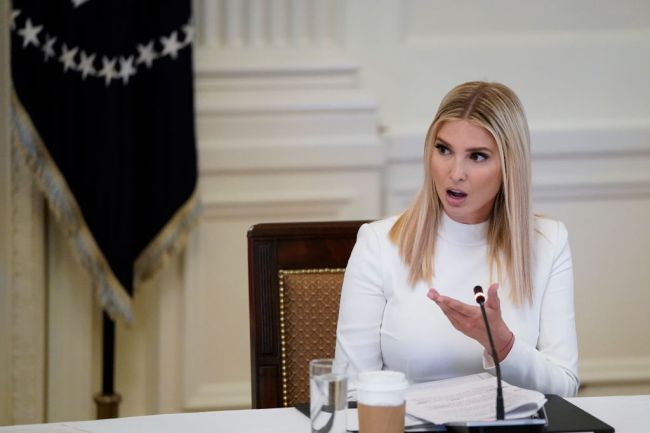 This is not a political post, so let’s nip that in the bud, right off the bat. This article is about farts… and only about farts. Vanity Fair, a self-described “high profile international brand, with an editorial mix that marries investigation with glamour, information with aesthetics,” published a 3,300-word piece of investigative journalism that exposed a reported incident of flatulence involving the daughter of the President of the United States. The alleged air biscuit incident didn’t happen this year in the White House, it supposedly happened when Ivanka Trump was in seventh grade, roughly 25 years ago. Timely.

Lysandra Ohrstrom claims to be an “inseparable” friend with Ivanka “for more than a decade.” They were such “inseparable” friends that Ohrstrom wrote an exposé in Vanity Fair about Ivanka, which mostly painted her in a negative light. The two rich kids met in seventh grade at an all-girls school on the Upper East Side in what sounds like a remake of Mean Girls.

Ohrstrom is now a self-described “freelance journalist who covers the U.S. and the Middle East” that is based in Brooklyn – the Mecca of the freelance journalists. According to Muckrack, a website that tracks articles by writers, Ohrstrom has written a grand total of six articles in the last five years, including the Vanity Fair piece.

Previously, she was employed at the Observer, which was owned by Ivanka’s husband Jared Kushner until he transferred his ownership of the paper into a family trust after his father-in-law won the 2016 presidential election. Ohrstrom, who was one of two maids of honor in Ivanka’s wedding to Kushner, admitted that Ivanka “connected me with Peter Kaplan, the late editor of the New York Observer, who hired me as a freelance writer between 2007 and 2009.”

In the article, Ohrstrom claims that Ivanka was a “ringleader” of the group of high school friends, told you, Mean Girls spin-off. She recalled one occurrence of high school shenanigans labeled the “flashing the hot dog man” incident, where Ohrstrom claims that Ivanka coaxed other girls into “flashing their breasts at ‘the hot dog man’ from the windows of their school.”

Ohrstrom wrote about another alleged bit of high school hijinx from over two decades ago, Ivanka farted. Here comes the hard-hitting journalism.

One of the earliest memories I have of Ivanka from before we were friends is when she blamed a fart on a classmate.

I don’t know about you, but Ivanka Trump farting and blaming someone else only makes me like her more. It’s the power move you absolutely make in this stinky situation.

If you’re in a public setting and NOT blaming someone else for your farts, then there is something internally wrong with you. Especially if you did some malodorous crop dusting in an enclosed space with strangers around, then you absolutely must blame your friend because that’s what friends do for friends.

After your rip a toxic trouser cough, you should immediately turn to your friend, and loudly say, “Hey man, that smells like something died! Why did you fart with all these people around? Why couldn’t you hold it until we got outside? I told you not to eat that can of Goya beans for lunch.”

If it’s Goya, it has to be good.
Si es Goya, tiene que ser bueno. pic.twitter.com/9tjVrfmo9z