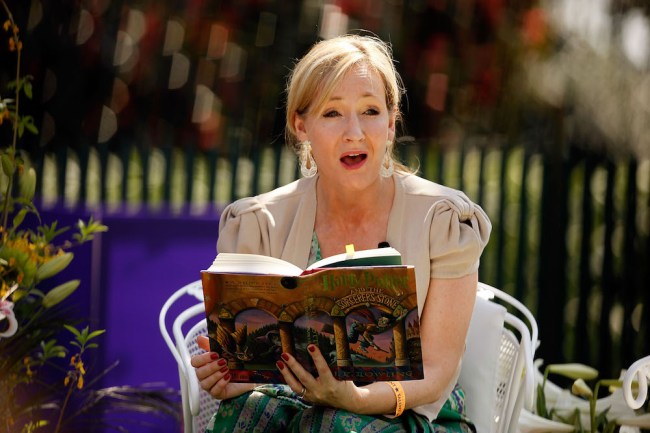 When a celebrity, athlete, politician, or any person with a large social following makes a statement that strays from their typical social media fodder, they’re quickly told to “stay in their lane” by people with much more experience on the subject matter.

A good example would be when LeBron talked politics, Fox News host Laura Ingraham told him to “shut up and dribble.”

LeBron had no choice but to publicly dunk on Ingraham.

I’m not a fan of this narrowminded line of thinking. Just because a person excels at A, that doesn’t mean they don’t have strong thoughts on B.

J.K. Rowling is allowed to have an opinion on gender identity even though she’s a fiction author and completely wrong. She should be able to express her opinions so that the world, and Harry Potter himself, can dunk on her mercilessly.

“JK Rowling’s going through some stuff,” Nate wrote, “so she put me in charge of making dumb changes to the Harry Potter universe. Effective immediately:

Anyone with a sense of humor and half a brain can see this is meant to be a joke.

J.K. Rowling has neither because she DM’ed Nate and demanded he take down the tweet.

Wow. I mean, Giuseppe Stromboli isn’t the strongest character name, but there’s no reason to call Nate a dumb bitch.

And what does Rowling have against Italian-Americans?!?

Perhaps Rowling should stick to writing fiction in her books and on her Twitter timeline.