Jack the Ripper Finally Identified According To Forensic Scientists, But They’re Probably Wrong 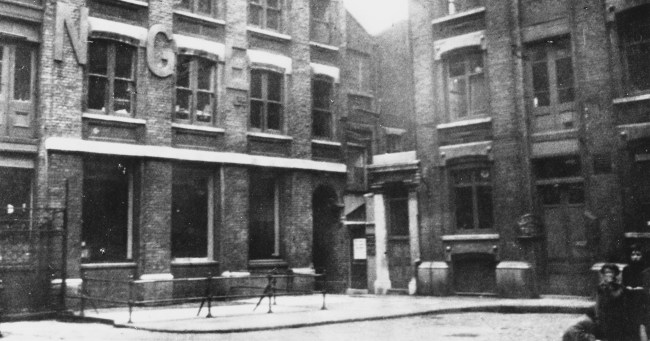 In 1888, at least five women were brutally murdered in the impoverished Whitechapel district of London. The sadistic serial killer and his gruesome carnage terrorized the city, yet he was never identified or brought to justice. Now, over 130 years later, the world’s most infamous serial killer Jack the Ripper has been identified according to forensic scientists, but not everyone is buying into the claim.

Known only as Jack the Ripper, the Whitechapel Butcher and Leather Apron, the slasher serial killer murdered prostitutes by cutting them open and removing their organs. Forensic scientists claim that they have found DNA from a scarf of one of his victims and it reveals the identity of Jack the Ripper, thus solving this mysterious cold case.

A paper was published in the peer-reviewed Journal of Forensic Sciences on March 12th that claimed to reveal the identification of Jack the Ripper.

We applied novel, minimally destructive techniques for sample recovery from forensically relevant stains on the evidence and separated single cells linked to the suspect, followed by phenotypic analysis. The mtDNA profiles of both the victim and the suspect matched the corresponding reference samples, fortifying the link of the evidence to the crime scene. Genomic DNA from single cells recovered from the evidence was amplified, and the phenotypic information acquired matched the only witness statement regarded as reliable. To our knowledge, this is the most advanced study to date regarding this case.

The paper identified Jack the Ripper as Aaron Kosminski. At the time, he was a 23-year-old Polish barber and police saw him as a prime suspect for the string of murders. Now there is alleged DNA evidence to support

Forensic scientists in Great Britain came to this conclusion by conducting a forensic examination of a stained silk shawl that was found next to the mutilated body of Catherine Eddowes, Jack the Ripper’s fourth victim. Eddowes’ mutilated body was found in the south corner of Mitre Square (seen in the creepy photo above) at 1:45 a.m. on September 30, 1888.

The shawl is said to have a treasure trove of DNA from blood and semen, the latter of which is believed to be from the serial killer. The shawl was purchased by author Russell Edwards at an auction in 2007 and gave it to the forensic scientists to study. The paper, written by Jari Louhelainen of Liverpool John Moores University and David Miller of the University of Leeds, uses the DNA evidence as their major source for their analysis.

The researchers discovered fragments of mitochondrial DNA on the piece of clothing. Mitochondrial DNA (mtDNA) is passed from a mother to her children and fathers cannot pass on their mtDNA. They compared mtDNA from living descendants of Eddowes and Kosminksi.

“On the testing, the first result showed a 99.2 percent match. Since the DNA has two complementary strands, we went on and tested the other DNA strand, which game a perfect 100 percent match,” Louhelainen told the Liverpool Echo newspaper in 2014.

The most damning inquiry about the paper is that the silk shawl was handled by a multitude of people over the course of 130 years, most of which in the early years did not use gloves. So that shawl is filled with DNA from a number of people and is extremely contaminated. Even the descendants of Kosminski may have touched the shawl and gotten their DNA on the shawl.

Then there’s this from Ars Technica:

Then there’s the authors’ use of mitochondrial DNA for their analysis, i.e., DNA that passed from a mother to her children. That might work to link Eddowes with her maternal descendants but not for the descendants of Kosminski. “The suspect couldn’t have passed on his mitochondrial DNA, as he was a man,” King tweeted. “And yes, I know [about] that recent publication of rare set of cases.” Furthermore, “Based on mitochondrial DNA one can only exclude a suspect,” Hansi Weissenberger of Innsbruck Medical University told Science.

Turi King, a geneticist at the University of Leicester, whose team did the genome sequencing of Richard III, called the new paper “unpublishable” and asked, “How did this ever get past peer review?” King added, “At that low resolution, it could be that thousands and thousands and thousands of people share the mitochondrial DNA types that they’re finding.”

Geneticist and popular-science writer Adam Rutherford interviewed Louhelainen. “I asked him if this evidence would stand up in court if the murder had taken place recently, and he said ‘no,'” Rutherford tweeted. “So why do we even vaguely consider that 130 years later it would be valid?”

Which is the study first described in 2014 in a book and in the Mail on Sunday.
3/n

I asked him if this evidence would stand up in court if the murder had taken place recently, and he said no. So why do we even vaguely consider that 130 years later it would be valid?
5/n

Furthermore, even if it was really present at the murder scene, and bizarrely was kept (none of Catherine Eddowes' other clothes were), and kept unwashed, the way it has been handled since would render DNA analysis cripplingly problematic.
7/n

Kosminski died in an asylum in 1919. It seems as though the murders committed by Jack the Ripper will remain as one of the world’s greatest unsolved cases.