Jackie Chan Says ‘Rush Hour 4’ Is In The Works, Pic Of Him And Chris Tucker Together Goes Viral 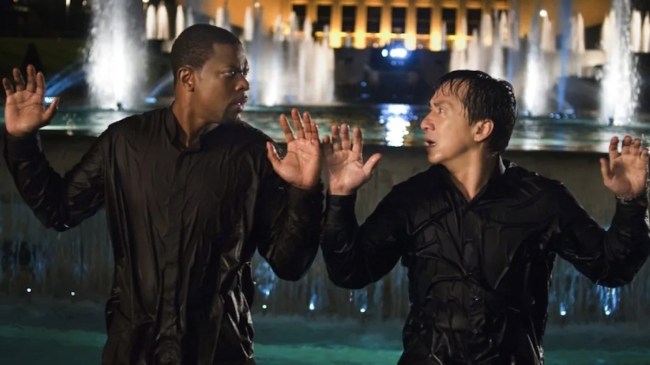 Appearing at the Red Sea Film Festival on Thursday, legendary actor Jackie Chan revealed that he and Rush Hour co-star Chris Tucker are in talks to make a fourth film in the franchise.

Jackie Chan confirms #RushHour4 is in the works pic.twitter.com/dAwcA5F9Yc

All three movies, however, were directed by Brett Ratner, who hasn’t directed a feature film since 2014 and was accused of sexual harassment and misconduct by multiple women back in 2017. Should Rush Hour 4 actually come to fruition, it would undoubtedly be directed by someone other than Ratner.

Chan, now 68 years old, hasn’t starred in an English language film since 2017’s The Foreigner. The action movie icon has remained active, though, starring in a variety of Hong Kongese films in recent years.

Similarly, Chris Tucker hasn’t done much work since Rush Hour 3, either. Following Rush Hour 3, he starred in 2012’s Silver Linings Playbook and 2016’s Billy Lynn’s Long Halftime Walk, and that’s it. This, of course, likely makes the prospect of starring in a fourth Rush Hour movie quite enticing for Tucker.

Realistically, a fourth Rush Hour movie — particularly in the age of streaming — is a no-brainer for all parties involved as the franchise has made over $849 million at the global box office against a total budget of $305 million.