James Cameron Is Saying Wild Things About ‘Avatar 2’, Including That It’s ‘The Worst Business’ In Movie History 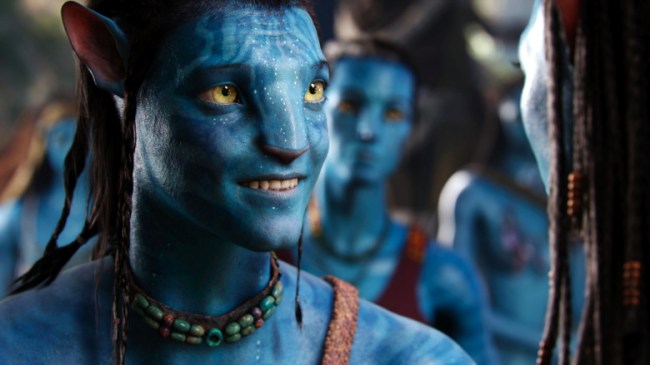 Maybe it’s me, but considering it’s the sequel to *literally* the biggest movie of all time, the marketing for Avatar: The Way of the Water feels weirdly passive and underwhelming. After waiting for 13 years, the movie is now just about three weeks away from hitting theaters and it feels as though all we’ve seen is a trailer or a teaser here and there.

It makes me wonder if, perhaps, the Mouse House doesn’t have faith in Big Jim Cameron because the original Avatar is a relic of a bygone Hollywood era (and also isn’t very good) and are trying to cut whatever costs they can, beginning with the marketing budget? Maybe that’s a little too woke.

Or maybe not, at least when you consider these recent comments from Cameron during an interview with GQ. In the profile piece, the 68-year-old Hollywood legend said that The Way of the Water needs to become the “third or fourth” highest-grossing film of all time in order to become profitable.

Furthermore, Cameron also said the “very f***ing expensive” movie represents “the worst business case in movie history.” And all of this is, if nothing else, a very strange way to speak about your own movie.

In addition to the original Avatar cast of Sam Worthington, Zoe Saldaña, Stephen Lang, Giovanni Ribisi, and Sigourney Weaver (in a new role),  Avatar: The Way of the Water will also star Kate Winslet, Cliff Curtis, Edie Falco, Jemaine Clement, Michelle Yeoh, Brendan Cowell, Oona Chaplin, CJ Jones, and Vin Diesel. The film hits theaters on Friday, December 16, while the third film in the franchise is currently scheduled to release in 2024. According to Cameron, the release of a fourth and fifth film will depend on how The Way of the Water performs.

RELATED: After A Decade-Plus Of Promising 5 Movies, James Cameron Says ‘Avatar’ Could End After The 3rd Film If (When?) The Sequel Bombs