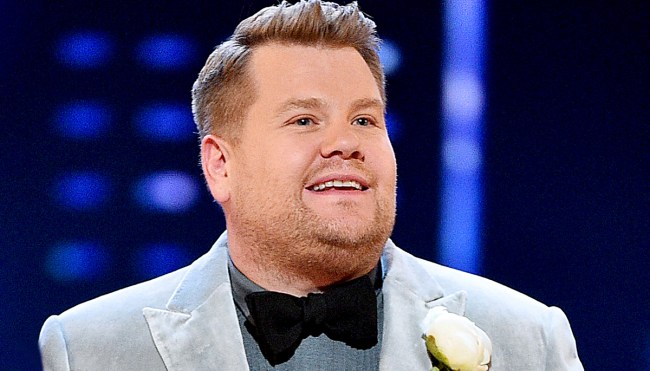 Most American viewers didn’t have any idea who James Corden was when CBS tapped the British comedian to replace Craig Ferguson as the host of The Late Late Show in 2014. However, that changed very quickly after he took the reins the following year.

It’s impossible to deny Corden appeals to plenty of people based on the content behemoth that is “Carpool Karaoke,” the viral view cow he and the network have milked for all its worth since its inception. However, it’s the musical guests who do the bulk of the heavy lifting during that segment as opposed to a host who’s largely failed to be embraced by viewers in the same way his predecessor was.

Even if you ignore the many stories posted online by people claiming to have had a negative interaction with Corden in real life, he’s rubbed plenty of others the wrong way thanks to what is widely interpreted as a fake Nice Guy personality and a long history of “Look At Me!” antics—like the time he stopped traffic in Los Angeles to promote a live-action Cinderella movie by humping the air while wearing a mouse costume.

James Corden, Camila Cabello, Billy Porter and Idina Menzel stopped traffic in LA for a flash mob with a cover of Jennifer Lopez’s “Let’s Get Loud” to promote #CinderellaMovie pic.twitter.com/dxm8LIKVvi

On Thursday, Deadline reported Corden is gearing up to step down as the host of The Late Late Show next year, as he will apparently walk away from the program prior to the start of the summer in 2023 and return to the United Kingdom.

After an incredible run, James announces that he will bid farewell to The Late Late Show in 2023. pic.twitter.com/k9KtKNmv5Q

Based on many of the reactions the news generated, a lot of people won’t exactly be heartbroken when his final episode airs.

James Corden to leave The Late Late Show and hints at a major career change, with ‘isolated mountain hermit’ being the public’s preferred choice.

James Corden can now devote himself to what he does best, such as ruining perfectly good films… https://t.co/iyW4T9Y6eQ

This is NOT good news.

Think about how many bad movies James Corden made WHILE he had a full time job. A Pandora's box has been unleashing. He'll be spider-man before the decade's out https://t.co/IdOAl0QA4w