Jason Aldean, Who Was Performing During The Attack, And The Music Community React To The Vegas Shooting 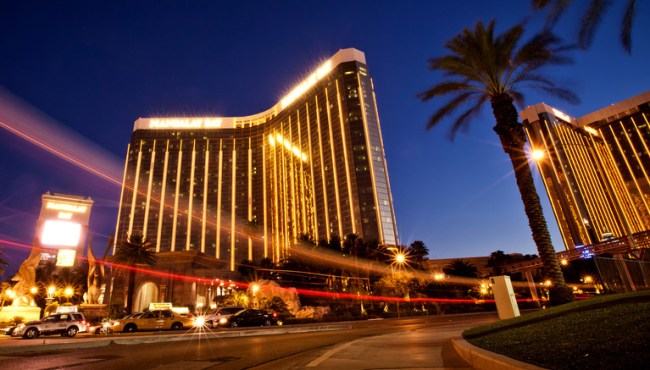 Country singer Jason Aldean was performing at the Route 91 Harvest Festival in Las Vegas on Sunday night when a gunman, 64-year-old Stephen Paddock, started raining down bullets on the crowd from his perch on the 32nd floor of the Mandalay Bay Resort and Casino.

ABC News now reports that at least 50 people have died and the number of injured has risen to 400.

People duck for cover as dozens of gunshots ring out at Las Vegas concert; at least 50 dead, 400 injured. https://t.co/S5591vlvwH pic.twitter.com/5yksAlGgqW

Aldean was reportedly rushed off the stage when the shooting began and stated that he and everyone on his crew were uninjured in an Instagram he posted following what is now the deadliest in American history, surpassing Orlando’s Pulse Nightclub shooting which took place less than a year and a half ago.

Tonight has been beyond horrific. I still dont know what to say but wanted to let everyone know that Me and my Crew are safe. My Thoughts and prayers go out to everyone involved tonight. It hurts my heart that this would happen to anyone who was just coming out to enjoy what should have been a fun night. heartbroken #stopthehate

Aldean was far from the only entertainer to issue a statement in the aftermath of the horror in Vegas. Jake Owen, who performed just before Aldean went on stage, also issued a response.

Praying for everyone here in Vegas. I witnessed the most unimaginable event tonight. We are okay. Others arent. Please pray.

Gun shots were ringing off of the stage rigging and road cases. No one knew where to go..thank you LVPD and responders for keeping us safe

Chris Young, who was in attendance at the festival, had this to say…

Spent I don't know how long on the floor of a trailer behind the stage… know multiple people are dead. Listening to that gunfire…

I'm not gonna say anything else other than I'm lucky to be alive. As are many others… and so many people are gone… this is heartbreaking

Praying for everyone at #HarvestFestival. There are no words right now that suffice.

Horrified to hear about the shooting in #LasVegas. My thoughts are with the victims and their families. Praying for everyone's safety 🙏💔

Woke up to the heartbreaking news from Las Vegas, my thoughts are with everyone and their families. Love. H

Thoughts are with the victims and families of this terrible tragedy in Vegas .

Devastated waking up to the news of the shooting in Las Vegas. Praying for the victims and their families and friends. #PRAYERSFORVEGAS

Don't even know what to say. To be in Vegas while this is happening, brings a pain to my heart. My team and I are safe Thank God! Prayers up

I have no words…….completely heartbroken. Vegas my heart is with you…… #PrayForVegas

The news from Las Vegas is heartbreaking. Devastating.

Watching this horrific news from Las Vegas and Route 91 Festival. We played this festival last year. Praying for everyone's safety.

Just sad. And so sorry for the fans who came to sing and dance and be free and happy. thinking of everyone there & my friend @Jason_Aldean.

The news about Vegas is devastating. Sending all our love to the people there right now ❤️❤️❤️

Thinking of the victims and responders in Las Vegas. This should be unimaginable in America.

Michelle & I are praying for the victims in Las Vegas. Our thoughts are with their families & everyone enduring another senseless tragedy.

My warmest condolences and sympathies to the victims and families of the terrible Las Vegas shooting. God bless you!