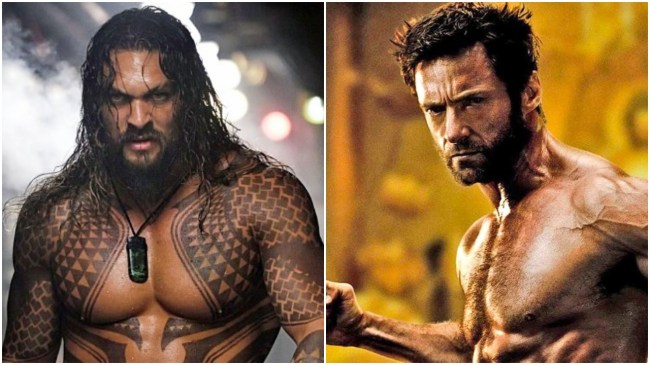 Filling the shoes of a character portrayed as iconically as Hugh Jackman played Wolverine can be a daunting task, but if there’s anyone in Hollywood with the confidence to do so, it’s Aquaman star Jason Momoa. And he’s making sure the powers that be knows it.

Momoa, who rose to fame playing Khal Drogo on the first season of Game of Thrones, has since become one of the most recognizable action stars in the world thanks to his rockstar-esque portrayal of Arthur Curry, otherwise known as Aquaman.

And despite the fact that he’s already an integral part of the DC Extended Universe, Momoa is letting it be known that he’d be more than happy to double dip and hop into the Marvel Cinematic Universe should the opportunity present itself.

Speaking at the Celebrity Fan Fest convention in San Antonio, Texas, this past weekend, Momoa revealed that he would “love” to take on the claws of the beloved X-Men character.

Now, as for when exactly Marvel Studios is looking to reboot the recently acquired franchise is anyone’s guess.

While fans are likely clamoring to see how these characters turn out under the Marvel Studios banner, the studio itself is smart enough to realize that characters such as the X-Men and Wolverine should be given time to breathe, as many of them have appeared in 21st Century Fox films within the last few years.

As for whether or not Momoa would be seriously in the running for Wolverine, that really all depends on his contract situation with Warner Bros. and DC.

Usually, when signing an actor to play one of these internationally known superheroes, they lock them into a multi-film deal. With Momoa having already played Arthur Curry twice — once in Aquaman and once in Justice League — he likely has at least two more films on his contract.

So, Disney, if you do want to lock up the Guinness-loving, ax-throwing Hawaiian, you’re going to have to wait a couple of years for Momoa to trade in the gills for the claws.