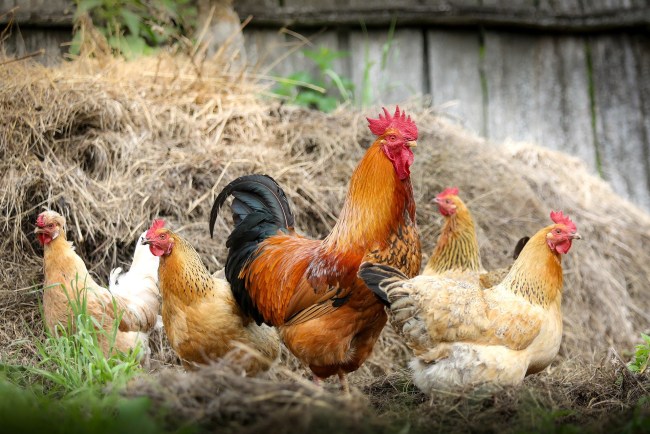 The way he tells it, retired quarterback Jay Cutler has a chicken serial killer on his hands. He’s in hot pursuit of whomever or whatever is taking out his precious chickens and he’s bringing us along for the ride on social media.

Is it a bobcat? Coyote? Owl? We don’t know what’s killing Jay’s chickens, yet. But he’s setting up cameras and has taken to Instagram to discuss where he’s at in the investigation along with setting up a field cam to try and catch the culprit in action.

This was Jay’s first Instagram story, as far as I can tell. The former Vanderbilt QB earned a total of $122,196,087 in contract money playing in the NFL (over $96M with the Bears alone) and he could easily be spending his retirement relaxing in Hawaii or Malibu but instead, he’s trying to hunt down whatever’s killing his damn chickens. You love to see this level of commitment in retirement:

Jay Cutler is now using his Instagram Stories, and this has the makings of an epic true crime series…🐔

The cat was blamed by some but has since been vindicated:

Jay’s caption there reads “To the cat: while I’m not sorry you were accused of these vicious acts, I will be the bigger person and admit I was wrong. You are not the suspect we are looking for. Take it as a compliment for your savage ways of life. Carry on Cat.”

He thought it might be an owl but the consensus here is the noises are morning doves, not an owl:

Just because we don’t hear an owl it doesn’t mean that the chicken killer isn’t an owl. There could still be an owl out there hiding during the day and biding its time until everyone’s asleep at night.

I’d say the most likely culprit is a fox because they’re sneaky AF and since there hasn’t been any sightings yet of any sort I think we’re dealing with a fox or a possible aerial attack. But all possibilities are on the table. Foxes, owls, coyotes, bobcats, and we could even be dealing with multiple culprits here. Only time will tell.