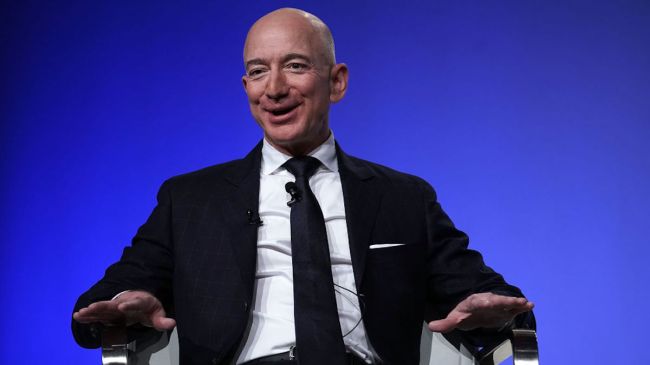 Amazon founder Jeff Bezos, one of the richest men in the world, is reportedly exploring a purchase of the NFL’s Washington Commanders franchise, according to a report from People. The report also mentions that Bezos, who has a net worth of about $115 billion, could make buy the Commanders “possibly in partnership” with rapper and entrepreneur Jay-Z.

The reports of Bezos, 58, exploring the purchase of the Washington Commanders comes just days after it was confirmed that the current controversial owner Daniel Snyder had hired Bank of America to help assist him in the possible sale of the franchise.

“Dan and Tanya Snyder and the Washington Commanders announced today that they have hired BofA (Bank of America) Securities to consider potential transactions,” the team’s official statement reads.

“The Snyders remain committed to the team, all of its employees and its countless fas to putting the best product on the field and continuing the work to set the gold standard for workplaces in the NFL.”

Earlier this year, the Denver Broncos sold for $4.65 billion, which means the Washington Commanders — in a bigger sports market than the Broncos — could fetch over $5 billion. This is certainly not the first time that Bezos’ name has been attached to the possibility of buying an NFL team, as CBS Sports reported back in 2019 that the former Amazon CEO and current executive chairman was interested in becoming an owner.

Originally founded in the year 1932, Washington — who are currently in their first season playing with the “Commanders” moniker — is one of the NFL’s most iconic franchises and has won three Super Bowl titles during its history (1982, 1987, 1991).