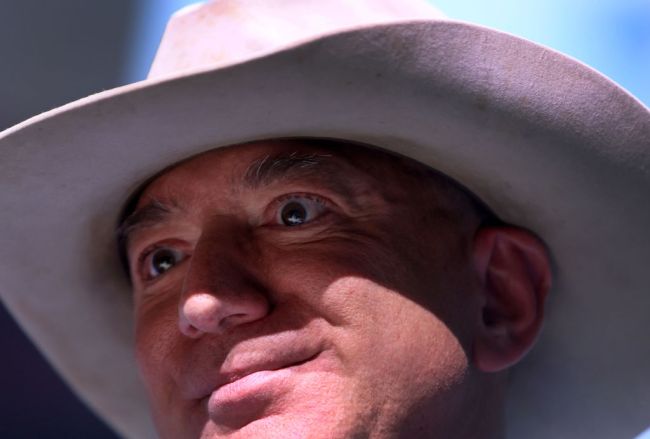 The world’s richest man is suing the United States government because they wouldn’t give him more money. Jeff Bezos’ aerospace company Blue Origin has officially filed a lawsuit against NASA because it gave a lucrative contract to Elon Musk and SpaceX over Bezos.

Per SpaceNews, Blue Origin’s federal suit accuses the government agency of being “unlawful and improper” in its evaluation of proposals regarding its human landing system program.

Back in April, NASA awarded a $2.9 billion contract to SpaceX.

The contract allows Musk’s aerospace venture to collaborate with NASA on designing and developing a lunar lander that will carry astronauts to the moon. It ensures that SpaceX will play a role in the first human lunar landing with humans since 1972.

Three months after the contract was allocated, Blue Origin penned an open letter to NASA Administrator Bill Nelson. In the letter, Bezos and co. argued that the agency gave SpaceX an unfair advantage during the proposal process.

It also states that by choosing only one company to receive a contract, one firm could potentially have “insurmountable leverage over NASA.” Without competition, Blue Orgin says that “short-term and long-term lunar ambitions will be delayed, will ultimately cost more, and won’t sever the national interest.”

In a desperate attempt to regain some traction, Blue Origin offered to sacrifice up to $2 billion of the contract if NASA amended its decision. NASA did not make any changes, and the U.S. Government Accountability Office found that its space agency did nothing wrong and evaluated all proposals fairly.

After being shut out of the conversation twice, Bezos and Blue Origin are seeking reparations. The company was granted a protective order and the case is sealed, so details are unknown.

However, NASA must respond to the suit by Oct. 12 and is “currently reviewing” the case.