Jersey City Is Forcing Bars To Close At 10 P.M. Because Of Coronavirus And This Better Not Become A Trend 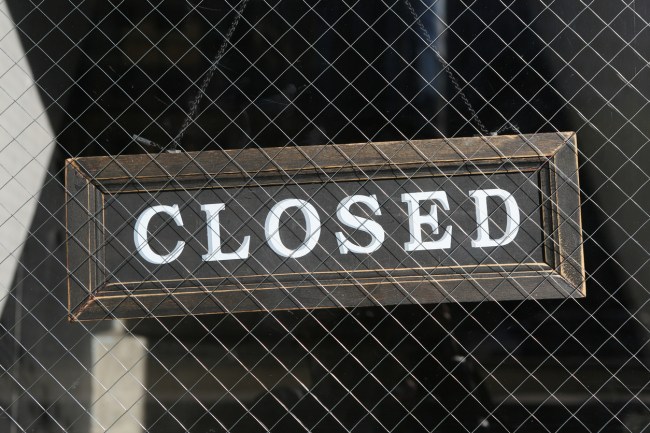 In the 2004 zombie flick Shaun of the Dead, the main characters are suddenly forced to contend with massive hordes of walking corpses roaming the streets of London and immediately put together a contingency plan to make their way to a local pub and stay there until the whole thing blows over.

Of course, they have to overcome a number of hurdles while attempting to get to The Winchester and are forced to deal with a slight hitch in the plan when their place of refuge is invaded by the living dead, but regardless of the outcome, drinking some pints was still a pretty good way to deal with being suddenly faced with a zombie apocalypse.

As of this writing, the world has yet to deal with a virus that overtakes the human brain and turns the people infected into bloodthirsty monsters but it is currently faced with the global pandemic brought to us courtesy of COVID-19, which has caused officials around the world to take some pretty drastic measures in an attempt to curve the spread of this untreatable form of coronavirus.

These measures have included bans on large gatherings and the cancelation of essentially every sporting event on the planet but I’m not sure if any of them have been as extreme as a policy that has been introduced in Jersey City.

In my experience, there aren’t many better ways to cope with the incredibly depressing current state of the world by decompressing by getting your drink on and I spent my nights this weekend at a few bars where I mostly stayed off of my phone in an attempt to get a brief respite from an increasingly distressing news cycle.

I’ve also made a few visits to the liquor store to stockpile some supplies if I’m eventually forced to isolate myself in my apartment for an extended period of time, and if you happen to live in Jersey City, you may want to take similar measures based on a new ordinance slated to go into effect.

According to CNBC, Mayor Steven Fulop announced on Thursday that any business with a liquor license must announce last call prior to 10 P.M., which is the curfew that’s been instituted in order to cut down on sizeable congregations in a city that has at least 62 confirmed coronavirus cases.

Yes we are being more aggressive than anyone in the state. Why? There is so much uncertainty around testing, who carries the virus, and how quickly it spreads so we want to be overly cautious until we have some answers. The logic here is simple, if the https://t.co/F8OJZbgtji

I’m certainly not discounting the seriousness of the situation and can understand why a measure like this has been taken, but if the major metropolis across the Hudson decides to adopt similar policies, I think I will officially go into full panic mode.

I could care less about stocking up on toilet paper but I guess it’s time for me to head back to the liquor store and get my hands on as many fifths of Mellow Corn as I can (and maybe treat myself to a nice bottle I can either use to celebrate the end of the pandemic or pop open when it becomes clear the world has officially gone to shit).