Jessica Chastain Says ‘It: Chapter Two’ May Set Record For Blood: I Was Pulling It ‘Out Of My Eyeballs’ 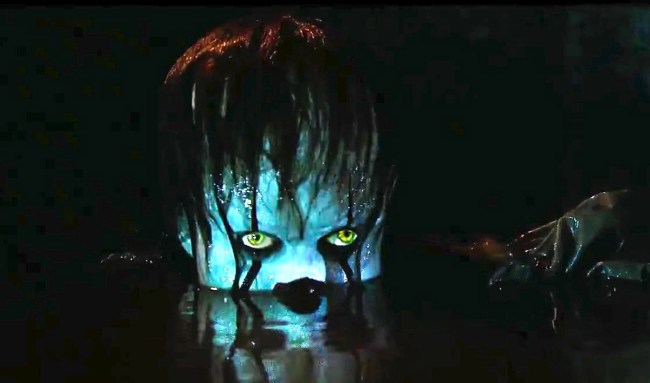 IT: Chapter Two star Jessica Chastain, who plays adult Beverly Marsh in the film, recently revealed the sequel to the popular horror movie may have the bloodiest scene ever filmed. Cool.

There aren’t many sequels that get my attention, but when they are done as part of a legit two-part story (I said legit, Hunger Games producers) time seems to slow to a crawl waiting for the second part to hit theaters (looking at you Avengers).

Such is the case with the Stephen King story IT and the 2017 movie based on the 1986 novel that blew audiences away and raised the bar for supernatural horror films.

As for what Chastain said, I’m not sure there are any “official” records for blood in a movie scene, but according to SYFY.com…

…there are a few sources saying that A Nightmare on Elm Street used 500 gallons of fake blood. Some say Peter Jackson’s cult hit Dead Alive used 300 liters of blood just for one scene. There are even reports the Evil Dead remake used an outrageous 50,000 gallons for its climactic moment.

So yeah, IT: Chapter Two will have a lot of blood.

“I’m going to say something and I think I’m gonna be in trouble, but I’m going to do it,” Chastain told Jimmy Fallon on The Tonight Show this week. “It might be a spoiler, but in the movie there’s a scene that someone said on set that it’s the most blood that’s ever been in a horror film — in a scene. And, I’ll tell you, the next day I was pulling blood out of my eyeballs. Like, fake blood, fake blood.”

It: Chapter Two hits theaters on September 6th. Can’t wait. (But I’ll have to, I guess.)