Country Artist Jimmie Allen Took Out A Loan To Pay His People During Pandemic, Moved To Tears Over Darius Rucker’s Mentorship 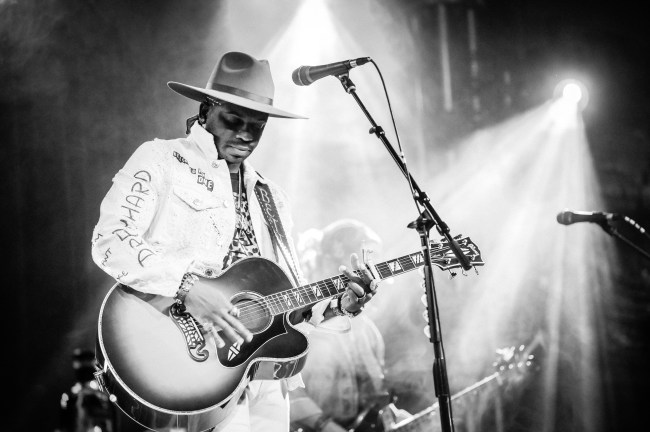 Rising country star Jimmie Allen is an awesome dude. The 34-year-old musician moved to Nashville in 2007 and lived out of his car most nights. He auditioned for America’s Got Talent but didn’t make it past the preliminary auditions and was cut before the live voting rounds of American Idol. Allen didn’t let the rejection get to him and went on tour with his friend Scotty McCreery, who won American Idol that year. When the tour was over, ten years after moving to Music City, Allen signed with a label and started releasing music that has reached the top of the country music charts on a few occasions, including his hit single Make Me Want To. It’s been a grind and the success is well-deserved.

With his career well on track, Allen has been vocal about the challenges of being an African American man in country music. He, Darius Rucker, Ashley McBryde, and Charlie Worsham gathered at the Grand Ole Opry for a conversation about the challenges that the world and country music is facing today. Moved to tears, Allen opened up on his most recent album and a song he recorded with Rucker and the legendary Charley Pride, marking the first time that three black country artists sang on the same song.

Country star @JimmieAllen reflected on what it meant to collaborate with @DariusRucker and Charley Pride for the single ‘Why Things Happen,’ saying he "honestly would not be here" without inspiration from the two trailblazing artists. #CMAawards https://t.co/BmnIIRIDmJ pic.twitter.com/OUJMVmwTw7

Beyond the social issues that are at the forefront of our day-to-day lives, the widespread impact of COVID-19 has been devastating for country music. While the top artists are able to survive financially, those trying to get discovered by playing bars on Nashville’s Broadway street like Allen was a decade ago, and the band and crew that travel with performers are hurting.

To help the people around him, Allen did one of the coolest things he could have. While he may not be a multi-millionaire, he is in a position to provide some monetary support and took it even one step further. In a move that he jokes would be frowned upon by financial advisors, Allen took out a “crazy loan” that he used to prop up his band, his crew and their families.

"We ain't singing the songs, we're not eating." Country artists @dariusrucker, @AshleyMcBryde, @JimmieAllen & @charlieworsham discuss the financial toll musicians have faced during the pandemic and how they've supported their own bands and crew. #CMAawards https://t.co/BmnIIRr2vb pic.twitter.com/gip1C83L5K

There aren’t many people who would do what he did, and the word admirable doesn’t even cut it. Good on you Jimmie Allen.