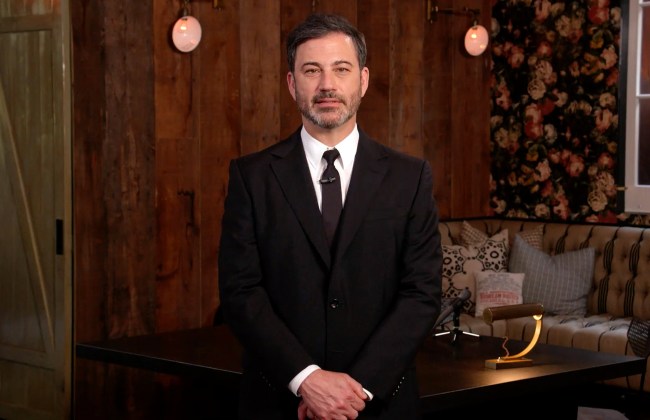 If you’ve opened up Twitter recently then you’ve likely seen Jimmy Kimmel and The Man Show trending. This comes after the old audio of Jimmy Kimmel has resurfaced in which he uses the n-word while imitating rapper Snoop Dogg. That audio appears to have led people to dig up old sketches from The Man Show which aired late night on Comedy Central in the 2000s.

In 2018, Jimmy Kimmel begged comedian Tom Arnold to release a tape of President Trump using the n-word back when Donald was filming The Apprentice, this has at least in part turned the spotlight back on Kimmel and led to people resurfacing the old audio of Kimmel along with the blackface sketches from The Man Show.

The audio comes from Jimmy Kimmel imitating Snoop Dogg for a 1996 Christmas Album in which Kimmel is pretending to be the rapper. Fox News obtained the audio and released it over the weekend. If you would like to listen to ‘Christmastime in the LBC’ you can listen to that here:

Jimmy Kimmel is set to host the 2020 Emmy’s. He’s the host of ABC’s Late Night With Jimmy Kimmel but is currently taking some time off to spend with his children. People were quick to point out that Kevin Hart was forced to give up hosing The Academy Awards but Kimmel is still scheduled to host this year’s Emmy Awards.

Jimmy Kimmel in Blackface.
This is hard to find on YouTube even if you type word for word the title of the video, i had to go back to History to find the video I just stumbled upon.
Retweet and make this go viral for some accountability.#BLM #BlackFaceKimmel pic.twitter.com/q1thT4LLCw

kevin hart had to give up hosting the Oscars for decade old tweets yet jimmy kimmel did multiple sketches in blackface & gets to host the 2020 Emmys. huh. pic.twitter.com/WXLEz4DJeN

The old blackface sketches which have put Kimmel in Cancel Culture’s crosshairs are of Jimmy imitating Karl Malone (via Newsweek):

These recently unearthed recordings follow the resurfacing of sketches from Comedy Central’s “The Man Show” in which Kimmel wore blackface to portray NBA star Karl Malone and large-bodied talk show host Oprah Jimfrey in a spoof of “The Oprah Winfrey Show.”

Kimmell’s impression of Malone, which occurred in a regularly recurring sketch where Malone shared his thoughts on different topics, included an attempt at imitating African-American Vernacular English (AAVE). AAVE is a form of English which includes grammar and pronunciations derived from rural dialects of the Southern United States.

“Karl Malone read on TV about white people being deducted by alien, stickin’ all kind of hell up they butt,” Kimmell said in one of the blackface sketches. “Karl Malone ain’t never seen no flying saucer himself. If he do, that’s gonna be a spooky time.”

Cancel culture is coming hard for Jimmy Kimmel right now. Also, I think what’s shocking me the most here is that thousands and thousands of people on Twitter appear to be discovering The Man Show for the first time, a show that ended with large-chested women jumping on trampolines in slow motion after Adam and Jimmy chugged beers.

Fellow late-night TV host Jimmy Fallon recently apologized for a blackface sketch on Saturday Night Live but this seems different. The Twitter accounts screaming for Kimmel to be fired all have hundreds of thousands of followers and they aren’t the accounts who were calling Fallon out for his SNL sketch. Kimmel is currently taking time off from hosting his show (from home) to be with family but I suspect he’ll have a statement on this situation soon.