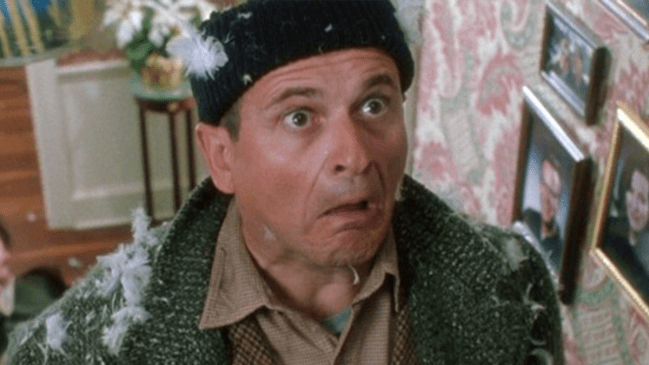 It’s been over 30 years since Home Alone hit theaters before quickly cementing itself as a modern Christmas classic that’s easily stood the test of time.

Would the crisis at its core probably be solved in 15 minutes in this day and age thanks to cellphones and in-home security cameras? Probably, but it still works because the entire movie requires the viewers to suspend a fair amount of disbelief; after all, it’s basically Die Hard if you swapped a grizzled cop with an eight-year-old kid, a machine gun for a BB gun, and a crew of diabolical criminal masterminds for a couple of bumbling burglars.

Another major reason Home Alone has aged so well is the fact that it’s largely constructed on a foundation of slapstick comedy, which (as evidenced by the lasting legacies of the likes of Buster Keaton, Charlie Chaplin, and the Three Stooges) is about as timeless as you can get.

The many guerilla tactics Kevin harnesses to foil The Wet Bandits wouldn’t work as well as they do if Joe Pesci and Daniel Stern hadn’t fully committed to their perfectly hammy performances as Harry and Marv. While the two actors obviously had stuntmen who stepped in to take the bulk of the abuse, at least one of them had a bit of trouble staying out of harm’s way entirely based on what Pesci recently had to say about his time filming the franchise.

The legendary actor acknowledged things went slightly awry on the set of Home Alone 2 during an interview with Entertainment Weekly where he revealed he suffered a bit of a setback during the scene where his hat lights on fire.

While Pesci managed to emerge unscathed from a similar stunt in the first movie, he wasn’t so lucky filming a callback for the sequel, saying:

“In addition to the expected bumps, bruises, and general pains that you would associate with that particular type of physical humor, I did sustain serious burns to the top of my head during the scene where Harry’s hat is set on fire.”

At least he can take solace in knowing it paid off.