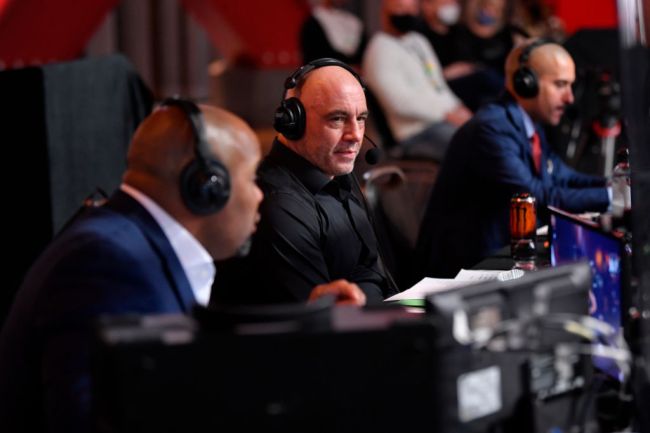 Cancel culture is coming for Joe Rogan once again. A mixed martial arts fighter claims that Rogan made “transphobic” comments during a recent podcast.

Fallon shared an article from the Bloody Elbow, a website that specializes in MMA and UFC news, titled “Joe Rogan criticizes transgender community in recent podcast episode.” In the post, Fallow wrote: “Joe Rogan is being transphobic yet again. He has had more transphobic episodes than you can shake a stick at. Spotify needs to cancel his show already.”

The article highlights a discussion about transgendered individuals with Breuer.

“There are people who really have these thoughts,” Rogan said on his podcast. “The problem is it becomes a protected subject and then you get praised for transferring your gender—for changing your gender. And then it gets exciting for people to talk about, and then you get chastised for even discussing it in any weird way.”

“And then people who were marginalized for being—like, generally dumb people, if they transfer over and become another gender, then they get praised,” Rogan continued. “There are a lot of people who are idiots, but then they become trans, and now all of a sudden we think they’re amazing.”

Rogan has made comments about Fallon in the past.

“She calls herself a woman but… I tend to disagree,” Rogan said on his JRE podcast in 2013. “She used to be a man but now she has had, she’s a transgender which is (the) official term that means you’ve gone through it, right? And she wants to be able to fight women in MMA. I say no f***ing way. I say if you had a d*** at one point in time, you also have all the bone structure that comes with having a d***. You have bigger hands, you have bigger shoulder joints. You’re a f***ing man. That’s a man, OK? I don’t care if you don’t have a d*** anymore.”

“She’s not really a she. She’s a transgender, post-op person,” the UFC commentator said. “The operation doesn’t shave down your bone density. It doesn’t change. You look at a man’s hands and you look at a woman’s hands and they’re built different. They’re just thicker, they’re stronger, your wrists are thicker, your elbows are thicker, your joints are thicker. Just the mechanical function of punching, a man can do it much harder than a woman can, period.”

Fox, who transitioned in 2006, was the first openly trans athlete in MMA history. Fox retired in 2014 with a record of six wins and one loss, by knockout. Fox previously served in the U.S. Navy.

Ronda Rousey also criticized Fox for competing in the women’s division, and said even if Fox were to “try hormones” and “chop her pecker off,” Fallon would still have “the same bone structure a man has.”

In another recent interview with former CIA officer Mike Baker, Rogan proclaimed, “I 100% support gay rights, I 100% support women’s rights, civil rights, trans rights, across the board. But not at the expense of other people.”

Last October, there was a cancel culture effort to get Spotify to drop Rogan and void his $100 million contract with the streaming service. The outrage mob were furious that Rogan had on controversial broadcaster Alex Jones on The Joe Rogan Experience podcast.

Rogan fired back at the PC police.

“I knew people were going to criticize the content of the podcast without even listening and I was right,” Rogan reacted. “That’s why I fact checked every single crazy thing he said, and all of them were verified.”