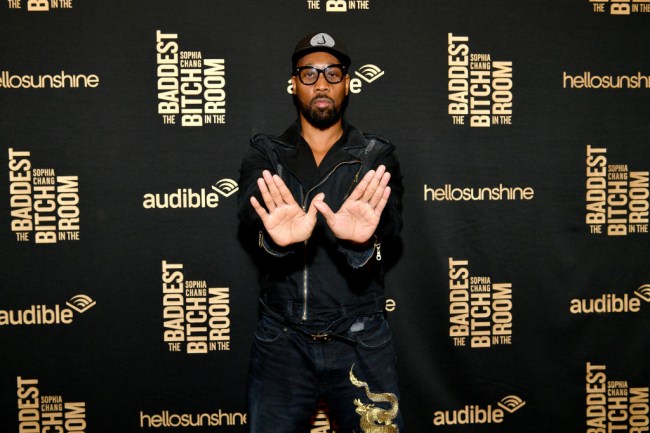 Disgraced pharmaceuticals CEO Martin Shkreli was sentenced to serve seven years in federal prison on March 9, 2018, after being convicted on two counts of securities fraud and one count of conspiring to commit securities fraud. At the same time, Shkreli was forced to forfeit nearly $7.4 million in assets, including a Picasso painting, an unreleased Lil Wayne album, and the never-released Wu-Tang album Once Upon a Time in Shaolin. Now, Joe Rogan wants to buy the unreleased hip-hop album, but RZA says that Shkreli won’t sell it because he enjoys being a “supervillain.”

Comedian Donnel Rawlings and Wu-Tang Clan lyrist RZA appeared on the Joe Rogan Experience this week and discussed a variety of topics including the single copy of the Once Upon a Time in Shaolin album. The 26-track double-CD rap album was purchased by Turing Pharmaceuticals CEO Martin Shkreli at an auction for $2 million on May 3, 2015.

Rogan asked RZA about the special album and then proposed the idea of him purchasing the Once Upon a Time in Shaolin. “That guy’s gotta be broke,” Rogan said of Shkreli. “Is there a way I can buy that off him?”

Rogan theorized that he would buy the album and display the silver-and-nickel-plated box encrusted with jewels that have 174-page liner notes bound by leather and display it in his studio. “But that, sitting there, makes no sense to me. That box looks dope. When you get out Martin, holla at your boy,” Rogan said. Then Rogan said that he “would release that online” or release it with RZA.

RZA said that he had a heart-to-heart discussion with Shkreli, and gave some advice on what the former hedge fund manager should do with the one-of-a-kind album.

“The reality of it is it’s now sitting in a temperature control room in the Department of Justice,” RZA explained on the Joe Rogan Experience. “He’s incarcerated right now, so I think a lot of his assets have been seized by the government, including that album.”

“I did have a conversation with the gentleman. I said listen yo, because he had a lot of bad things going on for him, I said yo, if I was you I would take this chance to do philanthropy and I would give this away to the public,” RZA revealed. “If I was him, based on how much he had taken from the public.”

RZA warned that Shkreli probably wouldn’t want to make the altruistic gesture with the album. “He didn’t mind being a supervillain, let’s put it that way,” the Wu-Tang Clan rapper explained. “More of a Lex Luthor.”

“I’m the type of person… I’m always gonna try to say some advice in a positive form. That’s just my personality,” RZA continued. “I’m like, ‘listen bro, they’re talking shit about you in the world, it don’t look good for you, Wu-Tang is good. If I was you, I’d take this opportunity to do something good.’”

Shkreli was lambasted in the media and nicknamed “Pharma Bro” for hiking the price of an HIV treatment by 5,000%.

RZA also expounded on his vegan lifestyle and defined what it means to be a “true vegan.” RZA revealed that he stopped eating red meat in 1995, hasn’t had poultry since 1996, and fish in 1997.

RZA explained that he is a vegan because “no animal needs to die for me to live.”

He later adds, “I look at my household as a living example that you don’t need [animal products] to live.”

Donnell Rawlings expounded about his time on The Chappelle Show. Rawlings said his ideas for sketches were routinely turned down, but one time he was high and watching old clips of the watermelon-smashing comedian Gallagher and came up with the skit of “What if Gallagher was Black?”

Darnell also brought up the time he starred on Saturday Night Live when Chappelle hosted in 2016. That’s when Chappelle was Negan from The Walking Dead and went around deciding which Chappelle Show characters he would kill off.

RZA left the Joe Rogan Experience by dropping a verse as a tribute to veterans.

You can watch the entire interview with Donnell Rawlings and RZA below.