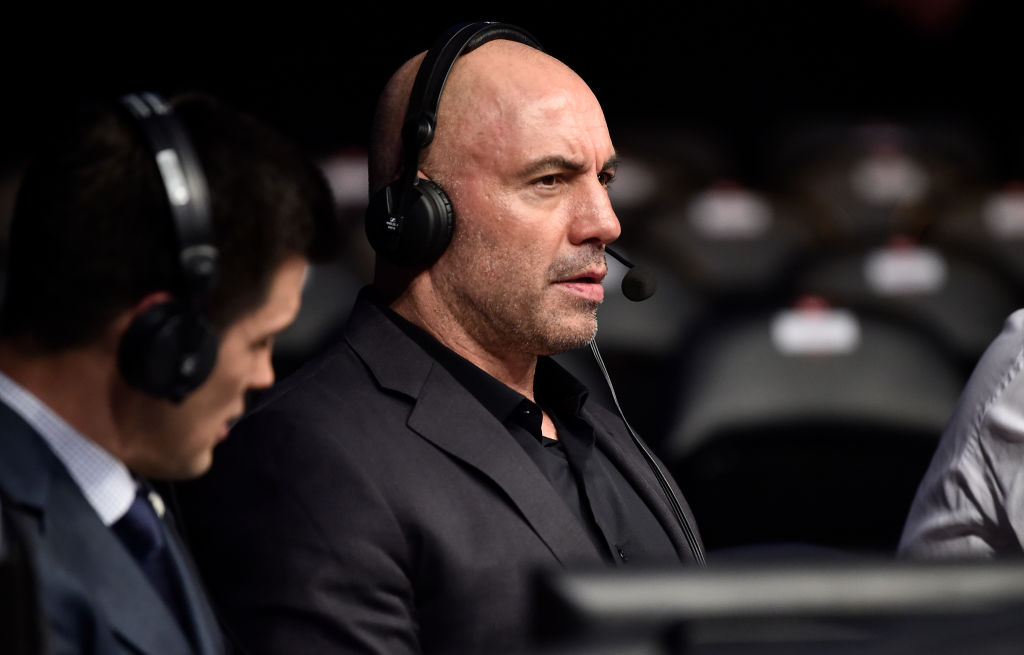 Joe Rogan wants ‘The Rock’ to come clean about his steroid use after the Liver King scandal.

Last week, the Liver King admitted to using steroids in an apology video after being exposed by Youtuber Derek of More Plates More Dates.

SHOCKING: Liver King was on steroids 💉

Leaked emails shows that Liver King was taking almost $12k worth of pharmaceutical HGH per month, three injections per day. All while promoting his brand of holistic lifestyle, ancestral tenants, and eating raw meat on camera. pic.twitter.com/dl6AhuknBP

The Liver King Apologizes For Hiding
That He Took Steroids pic.twitter.com/qRrcaJTENr

Over the weekend, Rogan, who previously called B.S. on the Liver King being natural, reacted to the apology video.

“I wasn’t surprised at all,” said Rogan. “It completely makes sense but that’s exactly what I expected. There’s no way you can look like that, in your 40s, that jacked, I mean he’s preposterously jacked.”

“The Rock should come clean right now,” said Rogan. “He should make a video in response to the Liver King video like, ‘I need to talk to you because The Rock’s been lying.’ There’s not a f*cking chance in hell he’s clean, not a chance in hell as big as The Rock is at 50.”

“The point is you can’t even get there with HRT (hormone replacement therapy). That’s not HRT. He is so massive and he’s so different than he was when he was 30.”

Rogan doesn’t think there’s anything wrong with The Rock using HRT; he just wants him to be honest with his fanbase if he’s going to give workout advice.

Here’s video of Rogan talking about The Rock.