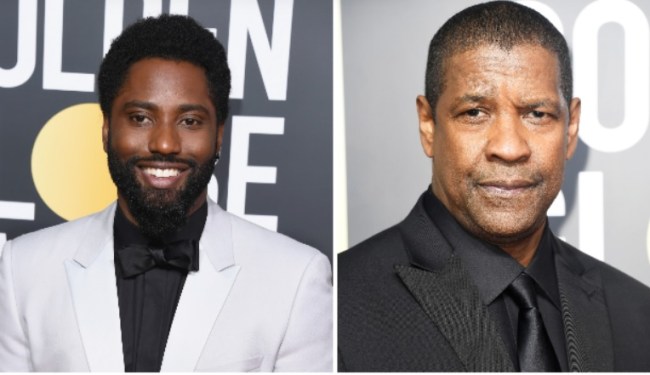 John David Washington is the son of Denzel Washington but he’s always tried to hide the fact that he was related to one of the most famous actors currently working in Hollywood.

During an interview with MR.Porter, David Washington says that he would constantly lie about his father’s identity and tell people his father was either in jail or a construction worker so people would judge him for who he was.

What exactly is the plot of #Tenet? Its star Mr John David Washington won’t say anything about it, but he tells us about his love of Dame Elizabeth Taylor, lying about his father’s identity and the kind of career he’d like to have https://t.co/HdcREvBVf4

. “I was related to Denzel Washington,” he says. “I saw how people changed when they found out who my father was. I used to lie, saying he was a construction worker or in jail, just to have some sense of normalcy. I felt like there was no way people would take me seriously, even if I was good. They would always judge me. So I hid who my father was. I guess I was protecting myself.”

Washington would go on to play football in the NFL for a bit before eventually becoming an actor and eventually was able to get his breakout role in the HBO series “Ballers”.

Hoping to escape his father’s shadow, he went into an entirely separate career (where nepotism wouldn’t apply) and joined the NFL out of college. “And I kept getting jobs,” he says of his success. He was signed to the St Louis Rams and then the California Redwoods. “So, I was like, I’ll keep going. I’ll stay in character.” But with every triumph, he still got billed as Mr Denzel Washington’s son in newspaper headlines.

When an Achilles tendon injury ended his football career in 2013, he decided it was time to hang up his hang-ups and pursue his dream of acting. Within a year, he had landed his first major role in the HBO sports comedy Ballers. Mr Washington Snr’s advice was the same as it had always been: work extremely hard. “It doesn’t even guarantee you will make it, but if you don’t, you can almost guarantee that you won’t.” This is the Washington work ethic.

David Washington is currently set to star in the one of the most anticipated movies of the year, Christopher Nolan’s “Tenet”, which has been pushed back several times due to the coronavirus pandemic.