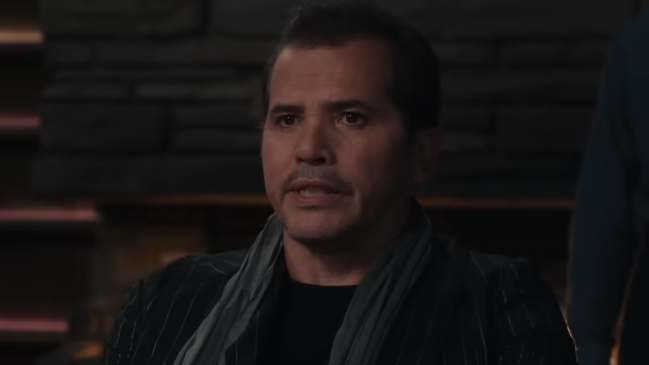 You don’t need to be a Hollywood insider to know the movie industry has a tendency to chew up and spit out actors who can go to sleep on top of the world and wake up to discover their career is on life support after the powers the be decide they’ve exhausted their usefulness.

John Leguizamo has managed to avoid getting kicked to the curb (at least so far) while navigating that particular realm for more than 30 years, which is particularly impressive when you consider his breakout role was his part as Luigi in 1993’s critically-panned Super Mario Bros.

Leguizamo managed to bounce back from that debacle and carve out a solid niche for himself as an ever-reliable supporting actor, a reputation the 62-year-old most recently cemented after stepping into the shoes of a movie star clinging to relevancy alongside Ralph Fiennes, Nicholas Hoult, and Anya Taylor-Joy in The Menu.

The Menu is the kind of movie you want to go into fairly blind, so if you want to avoid minor spoilers, you should stop reading right now in order to avoid finding out Leguizamo’s character is an archetypically sleazy actor with a crippling need for validation who ends up in an awkward situation while sharing a dining room with the wealthy foodies who see their past come back to haunt them courtesy of the legendary chef Fiennes portrays.

While it’s safe to assume Leguizamo can personally sympathize with the plight of an aging actor on a quest to land their next gig, he said he got some help developing his character by channeling the energy of a former co-star who’s experienced quite the fall from grace since peaking in the 1990s: Steven Seagal.

During a recent conversation with Entertainment Weekly, Leguizamo admitted Seagal inspired the character while tearing into the self-proclaimed master of martial arts best known for his role in Under Siege and the countless number of straight-to-video action vehicles he’s starred in over the past couple of decades, saying:

“I’ve met lots of these stars like that, maybe before they were washed up. I mean, now they’re washed up.

I kind of based mine on Steven Seagal. I had a bad run-in with him. We did a movie together. It was Executive Decision. He’s kind of a horrible human.”

Leguizamo previously elaborated on that experience during an interview where he was not shy about voicing his displeasure with Seagal.

It’s safe to say there’s no love lost between those two.