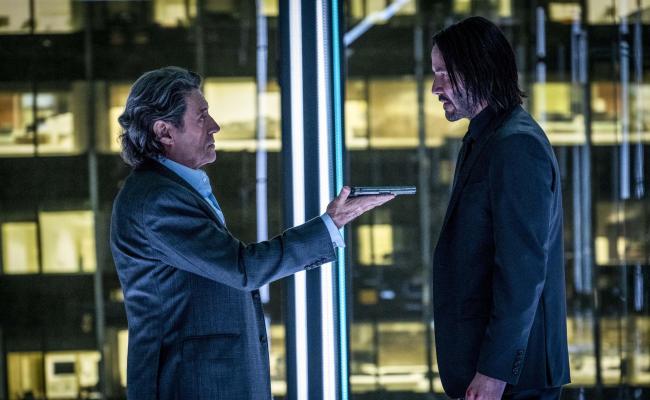 Honesty Hour: back when the original John Wick was on the verge of dropping back in 2014, I remember wondering who the hell asked for this? You see, it’s important to remember that back in 2014, Keanu Reeves wasn’t yet in the midst of his John Wick-fueled career renaissance. He was still in that post-Matrix Hollywood wilderness that saw him star in films like Constantine (which I actually quite enjoy), The Day the Earth Stood Still, Street Kings, and 47 Ronin. Not exactly a murderer’s row of filmography.

Long story short, I was obviously very wrong about John Wick, as the series has developed into arguably the premier (non-superhero) action franchise, while Reeves has once again become a beloved, bonafide A-lister.

Both the studio behind John Wick, Lionsgate, and Keanu himself obviously know they have something special on their hands, as a fourth AND fifth film in the series are in the works. And according to franchise star Ian McShane, filming of the fourth John Wick should hopefully begin later this year.

“Keanu [Reeves] and I exchanged New Year’s greetings and said, ‘Hope to see you this year.’ I know the script is being written and they’re hoping to do it this year. I know they announced they were gonna do [‘John Wick 4’] and [‘John Wick 5’] together, but who knows. The studios announce all sorts of things. No doubt, at some point this year, we’re gonna do ‘John Wick 4’,” McShane told Collider.

At this time, John Wick 4 is currently scheduled to hit theaters in the United States on May 27, 2022, while John Wick 5 doesn’t have an official release date yet. Additionally, a series about The Continental is in development at Starz.