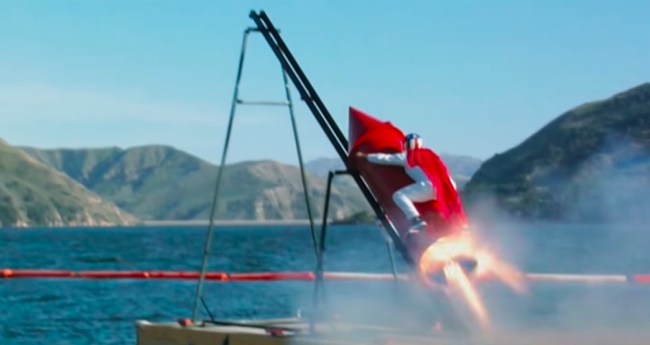 Plenty of people out there make a living by putting their body on the line, but I’d argue no one’s been able to do it in a more entertaining way than Johnny Knoxville. The Jackass star has been inflicting pain upon himself for our amusement for decades and given the modern world the closest thing we’ll probably ever have to the Ow My Balls show from Idiocracy in the process.

Knoxville’s newest project is Action Point, a spiritual successor to the endeavors that made him famous. He’s been making the rounds to promote the movie and looking back at his life as an amateur stuntman, which included sitting down to talk about his favorite (and least favorite) Jackass stunts of all time— as well as the toll they’ve taken on his body.

Knoxville recently went into even more detail with Vanity Fair, who put together a timeline of stunts that went wrong and had him reflect on how his body paid for them. It’s a bit lengthy, but if you grew up on Jackass, you’re going to want to watch the whole thing to appreciate how many times he and his entourage have come close to death in an attempt to make you laugh.

Despite the impressive number of bones he’d been able to break over the course of his career, Knoxville said the most painful thing he’s ever experienced is pepper spray (which means a lot coming from someone who agreed to be a test subject for a riot control mine).

I think I speak for everyone when I say “Thank you for your service.”