Jordan Belfort Talks About His Sobriety, And Quaaludes 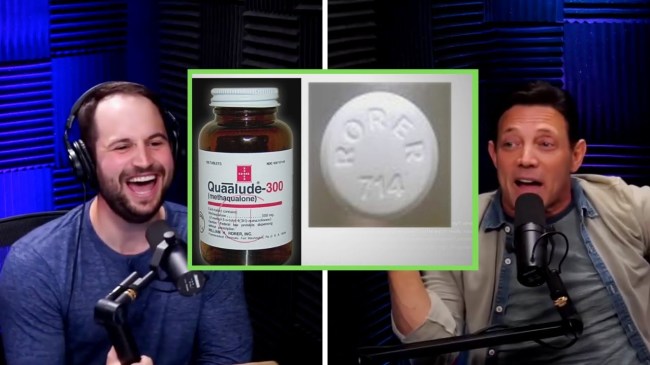 When Jordan Belfort found out that Leonardo DiCaprio would be starring in a Martin Scorsese directed movie based on his life, everything changed. ‘The Wolf Of Wall Street’ was an instant hit and turned into an iconic movie that is still quoted every day on social media. As we all know, Jordan Belfort lived a wild life full of money, women, greed, and drugs. Belfort sat down with The Brilliantly Dumb Show to discuss his efforts to resurrect his life, and whether or not he would risk his 20+ years of sobriety for a world-famous quaalude.

Quaalude, an extinct drug that is highly publicized in the film, was a personal favorite of Belfort’s in his party days. When asked if he would take one if offered he quickly replied, “I would take it right now. Jonah Hill did a real good job portraying the quaalude scene. Thank God they are illegal, I’m happy they are not around anymore. There is nothing like it, they were great. They gave you this euphoric feeling with no hangover the next day. In the highest point of my addiction, I would like to get high at least four times a day. So I would wake up at 5 in the morning before my wife, I would take four quaaludes and try and balance them out throughout the day.”

Belfort is no stranger to the world of drugs and has always been one to not hold back when speaking about his younger days. It makes him the ideal podcast guest as nothing is off-limits to the guy who definitely has a story to tell.

Be sure to check out the full interview below.