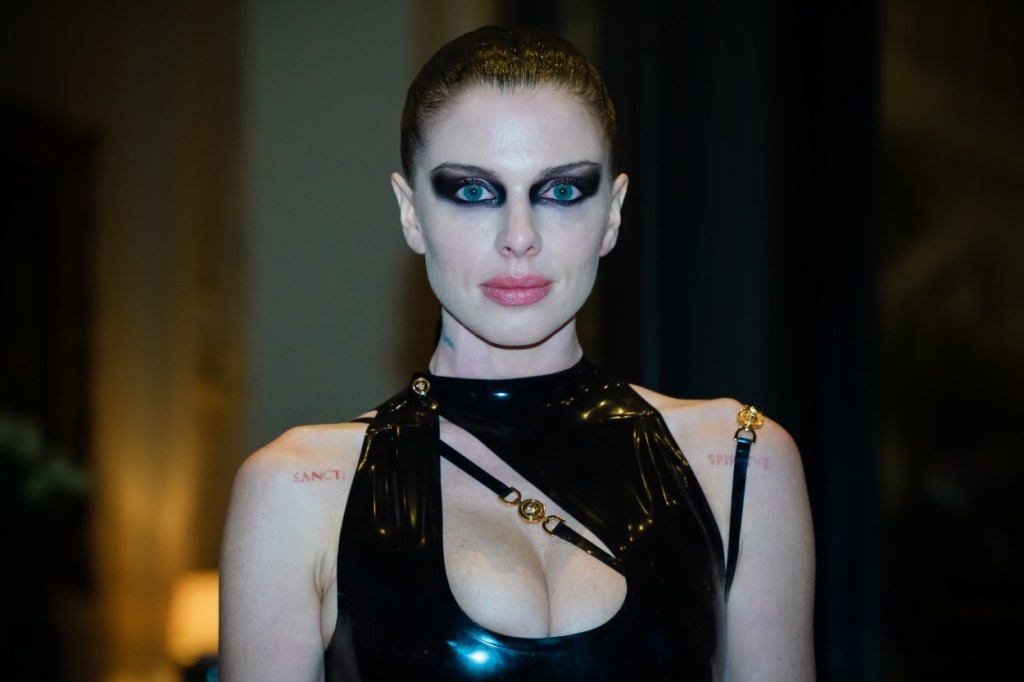 Kanye West has reportedly already found love again after moving on from Julia Fox. He’s recently been photographed with Chaney Jones who many are calling a ‘Kim Kardashian lookalike’. Meanwhile, Julia Fox is speaking out about her month-long relationship with Kanye and she’s dropped some fascinating details.

In a new profile published in the New York Times, Julia Fox is dishing stories from her hotel room in Milan on the fling she had with Kanye. She described being around Kanye as being “like a crash course on how to be famous” which is interesting because she’s been famous for a while but this was clearly her first taste of the A-List.

Over the course of their month-long relationship, Julia and Kanye only spent 15 days together in her estimation but over that span her life was drastically altered. She lost a ton of weight. 15 pounds! One pound for every day they spent together. And she also addressed what would happen if Kanye West ever starts bashing her online like he does with Pete Davidson and Kim Kardashian.

I’m not the type of person who cares about celebrity relationships but some of these quotes from Julia Fox are fascinating…. Here’s what she had to say about retribution if Kanye ever starts running his mouth.

Is she ever concerned that Mr. West might publicly air details of their personal lives or private communications on Instagram, as he’s done with other exes, friends and family members?

“I don’t think that he would want to open that door with me,” she said. “If you come for me, I’m going to come for you. And I’m really good at coming for people. I just go straight for the jugular. I don’t think he would be dumb enough to do that.”

Julia fox is talking and dishing every details 🫖 she said if Kanye comes for her publicly with details of their personal relationship like he has done with Kardashian and others; that she would go straight for his jugular and expose things 🍵 😂🤣😳😁

Kanye West doesn’t seem like the type of person who responds well to threats. It will be interesting to see if and how he responds to her statement once he reads it.

Was the relationship even ‘real’ or a fake celebrity ‘fling’ for the cameras?

“I tried my best to make it work,” she said. “I already had a jam-packed life. How do I fit this really big personality into this already full life? It just wasn’t sustainable. I lost like 15 pounds in that month.” Were they exclusive as a couple? “I don’t think so,” she said. Was the relationship real, or faked for publicity? “I mean, there were definitely elements of it that were real.”
What about the rumor that she had undergone interviews to be his girlfriend? “Ridiculous.” Did she ever sign anything, like a nondisclosure agreement? “No.”

Were they, as Ms. Fox previously said on the podcast “Call Her Daddy,” really referring to each other as “boyfriend” and “girlfriend”? “I don’t think those words ever came out of my mouth, actually,” she said (though they did, on the podcast). “It definitely felt like I was his girlfriend. But it also felt like I was being cast in the role of his girlfriend — and he was casting me. He was the orchestrator of it all. It really did feel like a movie.”

What About Those Weird Outfits They Wore In Europe?

If you have it in yourself to read the full NYT feature (link to that article can be found above), I’d encourage you to do so. It dives into how she can be seen around the ‘ downtown Manhattan social circuit’ ripping two vape pens since she gave up smoking Newport 100s. And there’s this section about how Kanye West gave Julia Fox and her friends over $50,000 in Hermès Birkin bags. Hers is ostrich leather. I can only assume they went with ostrich leather because stingray leather wasn’t available that day.

Anyway, I’ll leave you with these two uncut gems:

Sorry, @Grittynhl made us do it. #uncuhjams #fyp