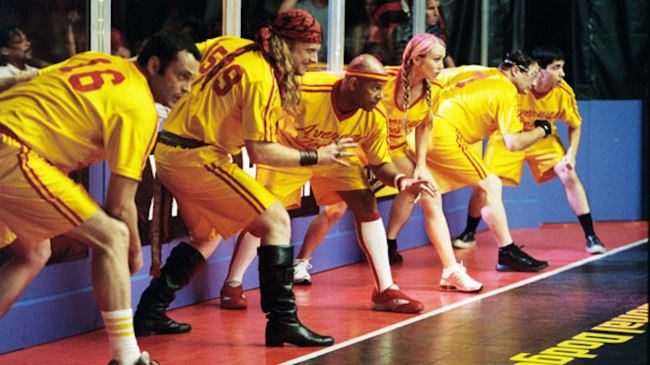 Do you know what Ben Stiller, one of the most influential comedic actors of his generation, has been up to in recent years? Directing serious and well-received television dramas, that’s what!

Back in 2018, he directed the Showtime crime series Escape at Dannemora (which starred Paul Dano and Benicio del Toro) and last year, he helmed the Emmy-nominated AppleTV+ series Severance, which actually began production on Season 2 earlier this week.

During a recent interview, Justin Long — who starred in the film as “Justin” (yes, seriously) — said that Vince Vaughn has cooked up an idea for a sequel and the only thing they need to make it happen is to get Stiller on board. Long notes, however, that the outcome of Zoolander 2 is likely making him hesistant to revist another of his beloved comedy films.

“Of course I would love to do it and I hope that it ends up happening, but I think Ben [Stiller] is a little…what he told me on that podcast was that he’s a little trepidatious about doing a sequel to something so beloved, something that people enjoy so much that,” Long said in an interview ComicBook.com.

“It’s very risky, you don’t wanna s**t on the original, you want something just as good. So I think he’s a little wary of that, of trying to recreate something that was very specific to that time, but I hope he comes around on it.

Long then said he believes the best chance at getting Stiller on board is the charisma of the film’s star, Vince Vaughn:

“Vince is a very convincing person, so I’m just hoping Vince can convince him with his idea. It’s a funny idea, I don’t wanna say what it is. I know Ben loves Dodgeball and loves that character. I remember how much fun he had playing it. He was always laughing.”

Given how poor Zoolander 2 was — and the likes of Dumb and Dumber Too, and many other legacy sequels to beloved early 2000s comedies — it seems unlikely that Stiller goes down that route again, especially with his directorial career blooming.