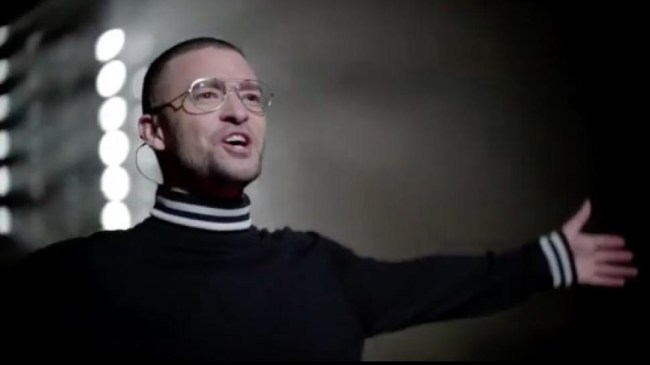 Fans were expecting a country album when Justin Timberlake announced that the title of his new LP was “Man of the Woods” and teaser trailer for the album promised a sound that would invoke images of “mountains, trees, campfires — like wild west, like now.” “Filthy,”the first single from the upcoming album, debuted at midnight and it is anything but country.

In the music video for “Filthy,” Timberlake channels his inner Steve Jobs and gives a tech presentation at a Pan-Asian Deep Learning Conference in Kuala Lumpur, Malaysia in the year 2028 with dancing robots. The music video was directed by Mark Romanek, who worked with Timberlake on 2016’s “Can’t Stop the Feeling!”

I bet JT was really in the studio high fiving himself recording #Filthy and his whole crew was probably in the back looking at each other like pic.twitter.com/Rhks3EqhX4

#Filthy is an appropriate name for this Justin Timberlake song bc it's trash pic.twitter.com/GxMpARqk1f

Justin Timberlake: "This album is inspired by my wife, my son but mostly where I'm from. It's called MAN OF THE WOODS."…

Everyone expected Justin Timberlake to drop a country record based on the album artwork.

Sadly, it's also not very good.

This new JT single sounds like it was a bad song written by Prince and stored in his vault, presumably forever…. then, Timbaland somehow got hold of it, f’d with it a little, added robot noises to give it more of a 2018 vibe and It became a JT song. #Filthy #ManOfTheWoods

I couldn’t even finish Justin Timberlake’s new song. It’s so bad . Maybe I’ll give it another listen in the morning but it’s a no for now #Filthy pic.twitter.com/3HoENBx9uy

Instant reaction: Justin Timberlake’s #Filthy is ambitious with smooth music production. But the lyrics and melody aren’t memorable at all. It definitely isn’t a radio hit, and I wouldn’t be surprised to see another single released before album launch.

Justin Timberlake will release three more videos created by three different directors before the release of “Man of the Woods,” which comes out on February 2nd. Then two days later, Timberlake will headline the Super Bowl LII Halftime Show in Minneapolis.