Kanye West Is Officially A Billionaire, Reportedly Made $140 Million Last Year Off Of Yeezy Apparel Deal With Adidas 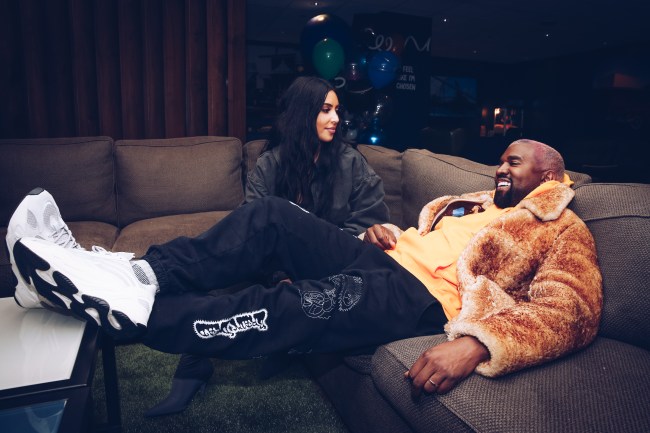 Kanye West is officially a billionaire according to a newly published Forbes report.

On Friday afternoon Forbes revealed that were allowed to look at what they believed to be an “authentic numeric look into Kanye, Inc.” After analyzing all of his assets , Forbes was comfortable in officially giving Ye billionaire status.

When our annual billionaires list appeared earlier this month, again with West absent—still no documentation, and now a pandemic to boot—West again reacted with hurt and venom. “You know what you’re doing,” he texted. “You’re toying with me and I’m not finna lye [sic] down and take it anymore in Jesus name.” At one point, he texted that Forbes was “purposely a part of a group of media” that was trying to suppress his self-made narrative because of his race. That sister-in-law Kylie Jenner did make the list also clearly stuck in his craw.

Then yesterday, a breakthrough: West directed his team to provide what we feel is an authentic numeric look into Kanye, Inc.

Here’s a break down of Yeezy’s financials which includes $17 million in cash, $90 million music catalog, $35 million in stocks, $140 million in annual revenue from his Adidas deal, $125 million in assets and $100 million in debt.

Our sources told us last year that West’s agreement calls for him to receive a royalty around 15% of Yeezy revenue from Adidas. Upon closer inspection, it appears some expenses are carved out of that slice, bringing his actual cut closer to 11%. At that rate, he would have received royalties of over $140 million from Yeezy sales last year.

Conservatively, as we typically are with such figures, a 10x multiple, applied to West’s Yeezy cut of $140 million makes his stake worth about $1.4 billion. But that’s a private, highly illiquid $1.4 billion — our rule-of-thumb for private assets like that is to lop off at least 10%. That’s $1.26 billion.

Then there’s the matter of his music. Documents we reviewed show West’s G.O.O.D. label—and his own recorded music and publishing rights—to be worth at least $90 million.

The biggest assets, according to his internal team, are $81 million in “buildings and improvements” and $21 million in land.

Given the illiquidity of these myriad assets and the lack of independent backup, we’re giving all of this a 50% haircut, leaving about $125 million in assets outside of his Yeezy crown jewel
Then, there’s debt: Between mortgages, advances and other liabilities, we saw about $100 million that West is on the hook for.

All told, our current net worth estimate for Kanye West: $1.3 billion, which he’ll be