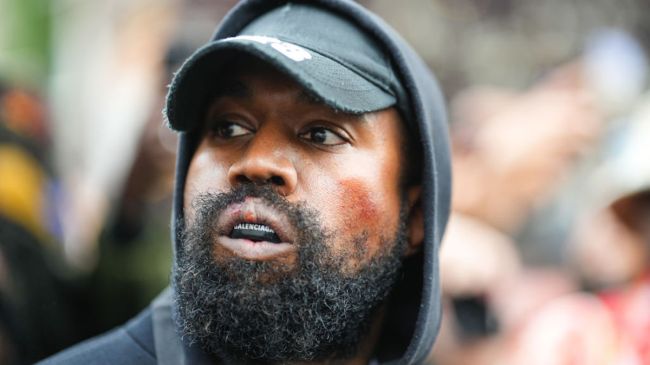 Kanye West, the controversial rapper and fashion designer, reportedly paid a settlement to a former employee who alleged he praised Adolf Hitler and the Nazi party during meetings, according to a new report from NBC News. The information was obtained as a result of legal documents being reviewed by the outlet.

In addition to the settlement paid to the employee, NBC News reports that “six people who have worked with Ye or witnessed him in professional settings over the past five years told NBC News that they had heard him mention conspiracy theories about Jewish people or praise Adolph Hitler.”

As the report suggests, the accounts of these individuals and the legal settlement West paid out suggests that the 45-year-old West has been harboring anti-Semitic views for longer than just the last few weeks and months. This echoes a claim from former TMZ employee Van Lathan, who also claimed that West — during his infamous 2018 to the TMZ offices in which he proclaimed that “slavery was a choice” — praised Hitler and Nazis. Furthmore, HBO reportedly canceled an episode of The Shop featuring West as a result of the anti-Semitic comments he made during the appearance.

A new report indicates that Kanye West paid a settlement to a former employee who alleged he praised Adolf Hitler and Nazis during a meeting.

Ryder Ripps, a conceptual artist who worked with Ye on and off from 2014 to 2018, said he recalled multiple times when Ye spoke positively about Hitler and the Nazis or mentioned anti-Jewish conspiracies during meetings in the summer and fall of 2018. Ripps, who is Jewish, said he pushed back on Ye’s comments at the time but thought they “didn’t seem that dangerous.”

After Ye’s most recent wave of statements, though, Ripps said he sees things differently. “This is dangerous, and disgusting, and actually violent,” he said.

“With this pattern that’s happening and with the doubling and tripling down of all this, it’s pretty obvious that this is some kind of disgusting, hate-filled, strange Nazi obsession,” Ripps said. [via NBC News]

According to the NBC News report, West’s represetatives did not respond to a request for an official comment. In recent weeks, West has been dropped by his talent agency CAA, the fashion house Balenciaga and the sneaker brand Adidas as a result of his anti-Semitic rhetoric.

RELATED: Kanye West Has Again Been Suspended From Instagram For Telling Russell Simmons He’s Going To ‘Get Jews To Make Contracts Fair Or Die Trying’