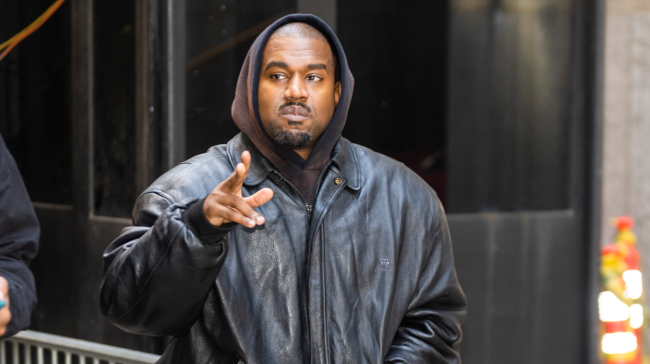 Fans were definitely not feeling it this week when they saw Kanye West selling his new Yeezy clothing collection out of trash bags at the Gap.

The backlash about the clothes being sold out of trash bags has been multi-pronged.

Some fans are just annoyed at how inconvenient it makes shopping the new collection. Others don’t appreciate the extra work it makes for Gap empoloyees. While the biggest backlash stems from West continually appearing to use homeless people as “fashion muses.”

“Balenciaga & Kanye’s fetish with the homeless as ‘fashion muses’ it’s everything that is wrong with billionaires…they no longer see the plight of people, they don’t see humans that are suffering, they see opportunities to be ‘edgy’ and profit from it…it’s disgusting,” one Twitter user wrote.

Last week, Kanye West wrote on Instagram that children and the homeless are “the biggest inspiration for all design.”

According to one shopper at the Gap, “The sales associate said Ye got mad when he saw they had it on hangers and this is how he wanted it. They won’t help you find ur [sic] size too, you just have to just dig through everything.”

“This gotta be a social experiment,” someone wrote on Twitter.

Yeah looks really fun digging through a giant pile of clothes, laundry is so fun

Fishing a $240 hoodie out of a garbage bag. pic.twitter.com/alVv6knnJl

Another Twitter user said they were a former visuals manager and wrote, “I can say this would make me quit my job if I were still on the visuals team.”

The way Kanye and Balenciaga think these type of set ups and lifestyles are something people choose is beyond crazy. Like bro if given the option nobody would buy clothes at a swap meet, they do it bc they have to

Yay. Underpaid GAP employees get to clean up the customer mess every 15 minutes and shove all the stuff back into the bag because a billionaire thought it would look cooler.

“Kanye has a whole song about how much he hated working at the Gap. Why would he make Gap employees’ lives harder?” another person asked on Twitter.

“Whole store is about to look like laundry baskets threw up. They’re gonna have one cashier and everybody else doing recovery.”

Three weeks ago, Kanye was selling his new Yeezy collection out of dumpsters so perhaps this is… progress?