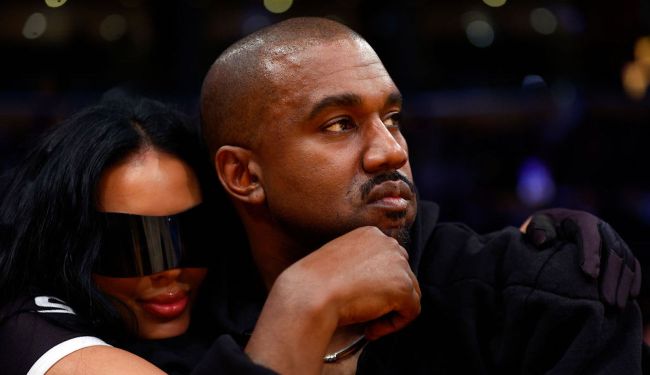 Yesterday, we brought you the story of 44-year-old father of four Kanye West going on an Instagram posting spree where he took shots at The Daily Show host Trevor Noah, stand-up comedian D.L. Hughley, and, of course, Saturday Night Live cast member Pete Davidson, who’s dating his ex-wife Kim Kardashian. As a result, he’s been suspended from Instagram for 24 hours.

Speaking to TMZ, a spokesperson for the company said that “Kanye’s recent posts violated Instagram’s policies on hate speech, harassment, and bullying,” which has earned him a 24 suspension “where he won’t be able to post, comment, send DM’s, among other things.”

On Wednesday morning, the Donda rapper posted four new photos directed at Davidson, referencing the comedian’s Hillary Clinton tattoo multiple times, while also saying he’s “concerned” that Davidson will get Kim Kardashian and his kids “hooked on drugs” because he’s “in rehab every two months.” He also posted a photo from his music video for “Eazy” — which sees a claymation version of Kanye kidnapping and burying Davidson — with the caption “Y’all ready for Coachella.”

West also took shots at Noah by captioning a photo of him with the lyrics to “Kumbaya, My Lord”, except he misspelled it with a slur that means “a black person who is anti-black and acts against black people,” according to Urban Dictionary.

Kanye’s latest Instagram rant wasn’t entirely negative, though, as one of his posts praised “Weekend Update” host Michael Che — “I got a lot of love and respect for this guy” — who works with Davidson on Saturday Night Live.