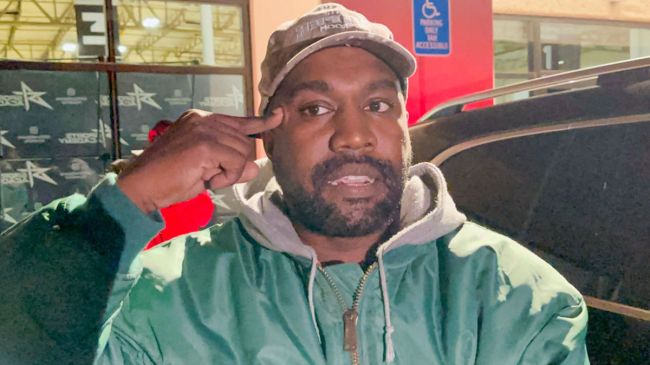 You know you’re completely off the deep end when you’re too extreme for Alex Jones — the man who owes about $1 billion to the families of Sandy Hook victims — and yet that’s exactly where former rapper Kanye West currently finds himself.

During a Thursday appearance on InfoWars that saw the increasingly unhinged West offer further praise of Hitler and Nazis, the 45-year-old father-of-four whipped out a bottle of Yoohoo chocolate milk and an insect net to perform some prop comedy in front of a stunned-looking Jones.

Kanye West doing prop comedy on INFOWARS is not how I expected today to go pic.twitter.com/ubZTEyeTj0

Over the course of the conversation, West also said that he “sees good things about Hitler” because Hitler invented microphones and highways (untrue) and that we “gotta stop dissing Nazis all the time.” West’s routine with the Yoo-hoo was so bizarre that even famed ranter-and-raver Alex Jones couldn’t quite hide his shock as he wondered aloud if “this is actually Ye here.”

This latest outburst from West is just the latest example of antisemitism from West, who was dropped by his agency CAA and was released from deals with the likes of Adidas and Balenciaga as a result of his bigotry.