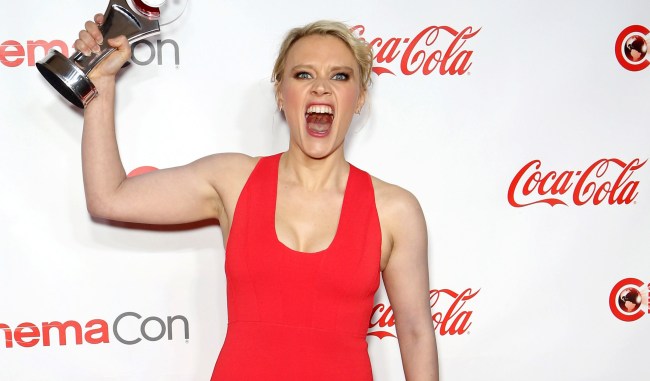 Ever since the Netflix documentary Tiger King was released viewers have been trying to decide who should portray the key characters in the bizarre story should it ever be turned into a film or TV series.

Heck, we just did it ourselves this week! We had Hugo Weaving playing Joe Exotic and Julianne Moore playing Carole Baskin and think we really nailed who should play the part of Carole’s current husband Howard Baskin.

Turns out though, that Hollywood was way ahead of us when it comes to Tiger King as there is already a TV show in the works and they’ve already cast one of the key characters.

McKinnon has signed on to star in and executive produce a series adaptation of the Wondery podcast “Joe Exotic,” which is being developed at Universal Content Productions. It was previously announced that McKinnon would star as disgraced Theranos founder Elizabeth Holmes in a series for Hulu, which is based on the ABC Radio and ABC News podcast “The Dropout.”

In Joe Exotic, big cat enthusiast Carole Baskin (McKinnon) learns that fellow exotic animal lover, “Joe Exotic” Schreibvogel is breeding and using his big cats for profit. She sets out to shut down his venture, inciting a quickly escalating rivalry. But Carole has a checkered past of her own, and when the claws come out, Joe will stop at nothing to expose her hypocrisy. The results prove deadly.

Men’s Health reports McKinnon listened to Wondery’s Joe Exotic podcast “and immediately signed on to executive-produce and star in a limited drama series based on the real-life events.”

PETA, of course, already has thoughts, asking McKinnon to use CGI cats on the show because that makes sense.

No word yet on a release date nor who will get to play the juicy role of Joe Exotic, but it will be big news when fans find who they end up choosing.

This will be the third podcast Universal Content Productions will have turned into a series, following the Gimlet Media podcast Homecoming appearing on Amazon Prime Video starring Julia Roberts and Wondery’s Dirty John which aired on Bravo before moving over to USA Network.