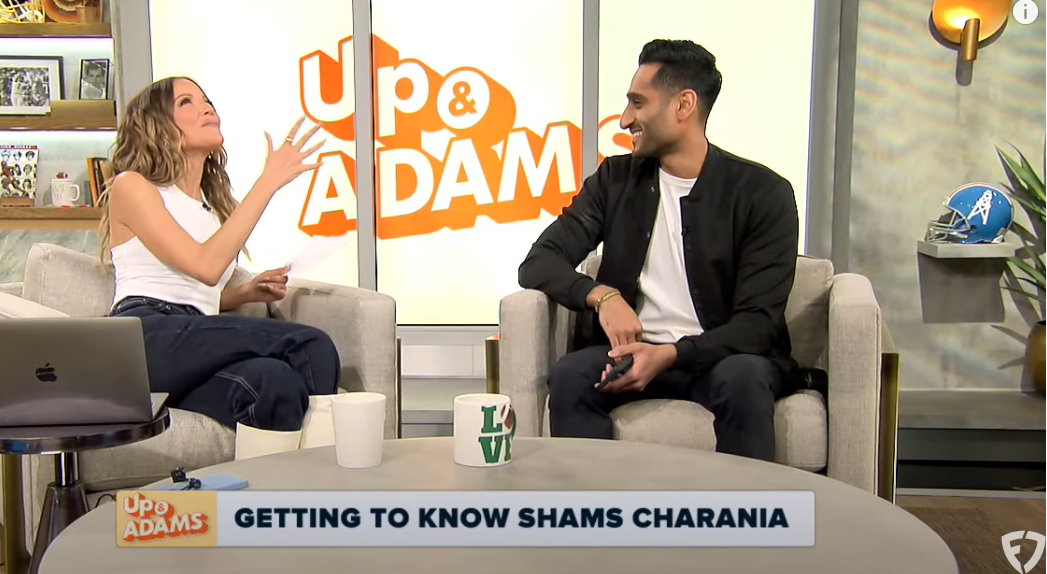 On the latest episode of the “Up and Adams” show, which airs on FanDuel TV, Adams went viral after she appeared to openly flirt with Shams on-air.

While Shams was talking about skipping out on school to pursue his dream of becoming an NBA reporter, Adams blurted out, “so when we have kids,” which led to uncontrollable laughter between the two.

Adams would later tell Shams that she was “obsessed” with him, and when he responded that he was obsessed with her too, Kay said, “oh my God, don’t i’ll faint.”

Fans had jokes about Adams’ interaction with Shams.

Another reason why Shams better than Woj https://t.co/DuiXBHWio8

Here’s the entire segment between Adams and Shams on her show.

Today we got to learn a little more about @ShamsCharania