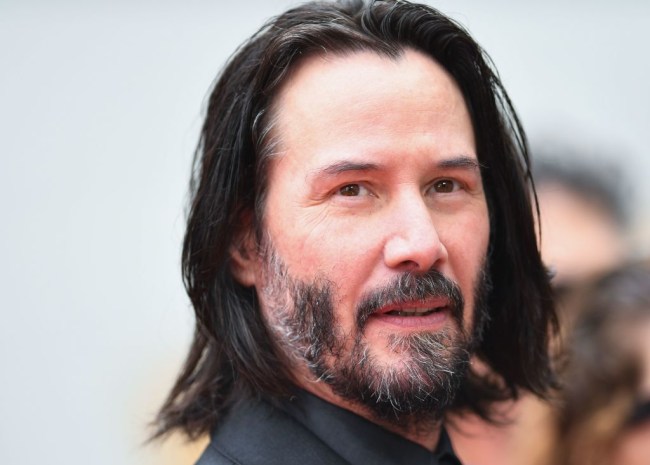 Most people would be perfectly content with an existence that involves being a famous actor who’s almost universally beloved by everyone on the planet, but as we all know by know, Keanu Reeves is not most people.

A couple of decades after he burst onto the Hollywood scene, he decided it was time to expand his horizons, which involved trying his hand at directing, narrating documentaries, and writing poetry books. Oh, he also found the time to play bass for Dogstar, a band that once counted David Bowie among its fans. Did I mention he started a cancer foundation that aids children’s hospitals and funds research? No? Well, he did that too.

Does that make you feel bad about what you’ve done with your life? If not, don’t fret, as he’s branching out yet again!

According to USA Today, Reeves can now add “comic book writer” to his résumé thanks to BRZRKR. The project is a 12-issue series he wrote that’s set to come out in October and revolves around an immortal demigod named Berzerker who battled through 80,000 years of history before finding himself doing the American government’s dirty work.

At this point, I don’t think we need any more proof that Reeves is just an awesome dude but we got some anyone courtesy of Matt Gagnon, the editor-in-chief at Boom! Studios (which is publishing BRZRKR), who sang his praises while describing what it’s like to work with him:

“Spend five minutes with Keanu and it becomes clear very quickly why he’s earned all the success he has. Exceptional creative instincts, deep reservoirs of wisdom on story, the ability to consistently tap into the raw emotion of a moment, relentless commitment to quality and the task at hand—it’s all this and much more that make Keanu an inspiring force.”

The best part? Netflix has already snagged the rights and Reeves has already expressed interest in playing the role of his protagonist—although he seems more interested in just seeing it on the screen, saying, “It’s a really fun story, so if it’s not me, hopefully someone can play it.”

That someone better be you, Mr. Reeves.