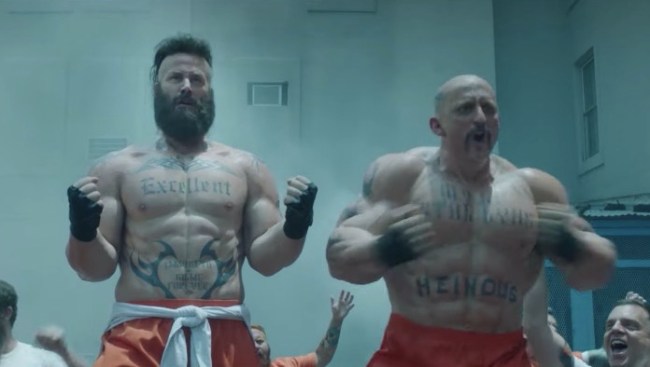 One of the sneaky best parts of the upcoming Bill & Ted film is how it’s going to — if they see it, of course — melt the minds of Gen-Z, who probably know of Keanu Reeves as John Wick and John Wick alone.

To quote Seinfeld, though, not that there’s anything wrong with that: I’m of the opinion that you can make the case that Reeves is perhaps the preeminent action star of his generation, as he’s starred in four totally different yet still equally classic action movies: Point Break, Speed, The Matrix, and John Wick (and, of course, the sequels to The Matrix and John Wick). Not only is that an absolute murder’s row of action movies, but it’s one that stretches across three decades. Reeves’ longevity is truly astounding and I’m not sure it gets the attention it deserves. Just imagine if he hops into a Marvel or DC roll, too.

The point is, though, that before he became a generational action star, Reeves was known for his appearances in the stoner comedy franchise Bill & Ted, which is making its return later this year when it hits on-demand (and hopefully theaters) on September 1.

“Now enduring the monotony of middle-aged life, William “Bill” S. Preston, Esq. and Theodore “Ted” Logan are warned by a visitor from the future of the need for them to create a song in 78 minutes that will save all life on Earth and the entire universe. The pair work with their families, old friends, famous musicians, and each other to complete the task.”

In addition to Keanu and his stoner-partner-in-crime Alex Winter, William Sadler is set to reprise his role as the Grim Reaper, while Brigette Lundy-Paine and Samara Weaving will appear as Ted’s daughter Billie Logan and Bill’s daughter Thea Preston. Additionally, rapper and actor Kid Cudi has also been confirmed to appear in the film.