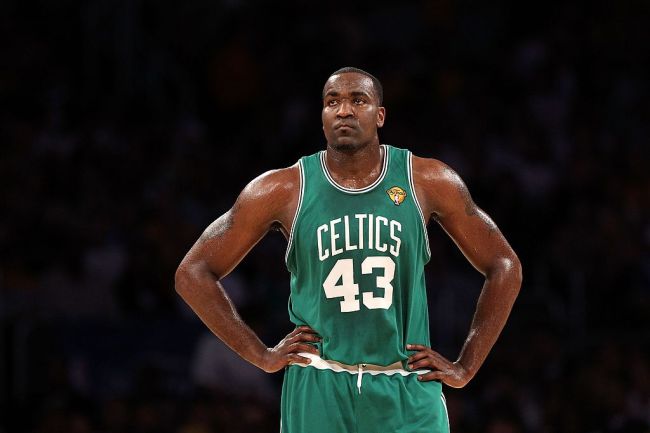 During the 2008 NBA playoffs, the world was introduced to one of the most interesting rivalries of LeBron James’ career. In the Eastern Conference semifinals, LeBron took on the Boston Celtics’ Big 3 in the playoffs for the first time.

It was a highly anticipated series for basketball fans and it absolutely did not disappoint. The series was tightly contested and wound up needing a 7th game. That 7th game came thanks to an incredible performance by LeBron in Game 6 that saw him post 32 points, 12 rebounds, and 6 assists to carry the Cavs to a 74-69 win in Cleveland.

What nobody knew at the time is that this performance actually led to one of the Boston Celtics’ starters to begin wishing for LeBron to get injured so he would miss Game 7. In fact, Kendrick Perkins revealed that he was hoping LeBron would tear his ACL before the deciding game.

"I actually was praying on his downfall just that one time."

“We played the Cleveland Cavaliers in 2008 and it was a Game 7 right. We had just lost Game 6 and I ain’t gonna lie man, I was scared as hell going into that Game 7 against LeBron James. This was the only time that I actually prayed that something happened to him at practice. I’m being real. I was like let us get breaking news that LeBron has tore his ACL or something. I’m not even lying, I’m not even exaggerating.”

Luckily, LeBron wasn’t inured. Instead he would go on to drop 45 in Game 7. Unfortunately for LeBron and the Cavs, it wasn’t enough as the Celtics would go on to win Game 7 97-92 and eventually beat the Lakers to win the NBA title.