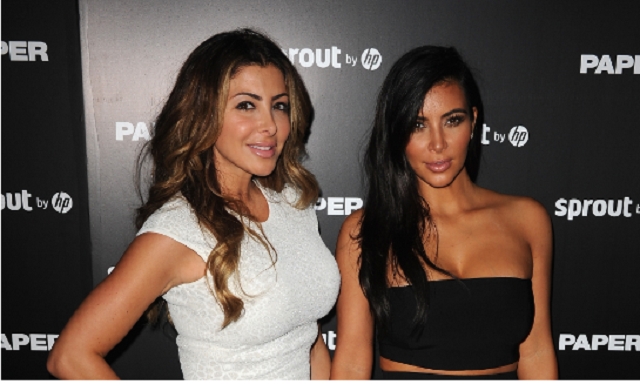 Kim Kardashian is finally reacting to Larsa Pippen’s accusation against Kanye West and she doesn’t appear happy about the whole situation.

Earlier this week Larsa spoke to Hollywood Raw podcast and revealed that she believes that her falling out with the Kardashian crew had to do because she blocked Kanye West because he wouldn’t stop randomly calling her at all hours of the night and that made him mad.

[Kanye] used to call me at four, five, and six o’clock in the morning,” “I was the person that would take his calls when he wanted to rant. I would listen to him. I would be like, ‘I love you, you’re the best, things will get better.’ I was his go-to person to call when he wasn’t happy with X, Y, and Z. … Maybe because I blocked him on my phone because I couldn’t bear taking his calls anymore. I can’t, I’m drained. So, I blocked him on my phone. Obviously, that really upset him. So, he turned that into, ‘Oh, she’s this and she’s that.’ [The Kardashians] all started to ride his wave. If you’re that easily swayed, like the wind, then do I really give a f**k? Should I give a f**k? I don’t know. Was I hurt by it? Yes. But at the same time, I’m like, I’ve done nothing. I’ve never done one thing. I’ve been the most honest and truthful best friend to all of them.”

According E!, Kim wants nothing to do with Larsa, who she believes is only speaking out for the attention, and “doesn’t appreciate” her accusations towards Kanye.

Sources exclusively tell E! News how the Kardashian fam is feeling about the new tell-all interview. One insider notes that they don’t trust her and her intentions, because they caught Larsa “talking behind their backs and it was all just too much.”

Another source says that at this point, Kim doesn’t have any type of relationship with her. “They all think Larsa is toxic energy,” the source explains, even though Kim “has a soft spot for Larsa” because “they have been through a lot together.”

The source says, “They think she’s trying to stay relevant and Kim doesn’t appreciate the accusations regarding Kanye. The family is very protective over one another and all feel like she violated their privacy by dishing out details to the public.”

However, there may be some merit to Larsa’s claims that Kanye wasn’t her biggest fan. We’re told Kanye always had issues with Larsa, ever since he married Kim. “He never trusted her,” the source adds.

It’s only a matter of time until Kanye responds to this whole mess in a Twitter rant and it’s going to be hilarious.