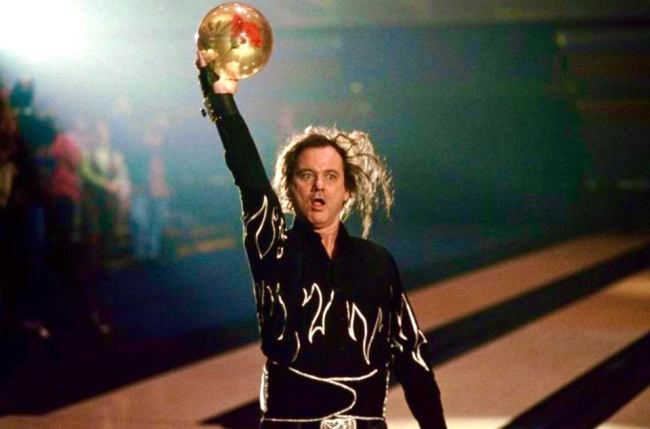 The year was 1996, a different time when comedy could push boundaries and just be funny. That’s when the cult comedy film Kingpin made people laugh with any and all kinds of humor. The bowling comedy was directed by the hilarious Farrelly Brothers, never shy to make over-the-top comedy movies such as Dumb and Dumber, There’s Something About Mary, Me, Myself & Irene, Shallow Hal, and Kingpin. According to a report from Collider, Peter and Bobby Farrelly are in development of making a sequel to the hilarious Kingpin movie.

The Hollywood report does not reveal if Woody Harrelson would return as 1979 Iowa state bowling champion Roy Munson, Randy Quaid as Amish bowling phenom Ishmael, or if Bill Murray would play bowling legend Ernie McCracken, who suffered a “nasty cheese grating accident as a boy.” If there is a Kingpin 2, we definitely need Lin Shaye, who played Roy’s accommodating landlord. If there is a Kingpin sequel, we also are going to need to find a female lead with narrow hips, who “couldn’t have more than 6 or 7 children.”

Having Bill Murray reprise his role as Big Ern with the flower bowling ball would be everything. As a wise man once said, “Just because you’re familiar with the missionary position doesn’t make you a missionary.”

Hopefully this sequel doesn’t get Munsoned because we need a Kingpin sequel since it was the movie that taught us that you don’t mow another guy’s lawn.

It all comes down to this roll. Roy Munson, a man-child, with a dream to topple bowling giant Ernie McCracken. If he strikes, he’s the 1979 Odor-Eaters Champion. He’s got one foot in the frying pan and one in the pressure cooker. Believe me, as a bowler, I know that right about now, your bladder feels like an overstuffed vacuum cleaner bag and your butt is kinda like an about-to-explode bratwurst.