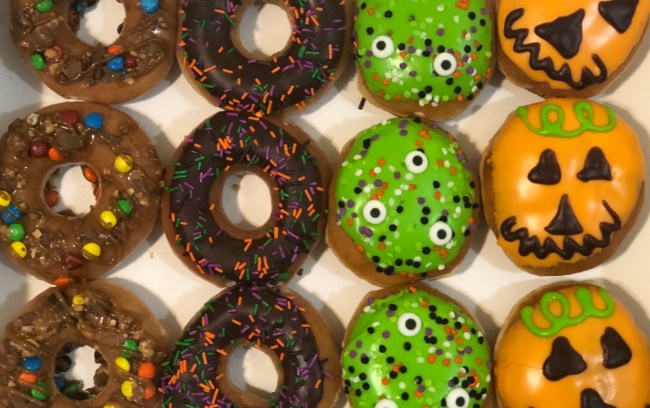 I might no longer be young enough to put on a mask and show up to a stranger’s door demanding they give me free stuff without someone calling the cops but that doesn’t mean I love Halloween any less than I used to.

However, that’s far from the only way I’m celebrating the holiday.

Last week, I was thrilled to discover Krispy Kreme was releasing a new line of Halloween doughnuts and decided there was no better way to ring in the season than by crushing every single one of them.

Krispy Kreme was nice enough to pull a reverse trick-or-treat and sent a box to my door so I could sample the goods, and now that I’ve finally emerged from the sugar coma they put me in, I can share my verdict with you.

All rise. BroBible Doughnut Court is officially in session. 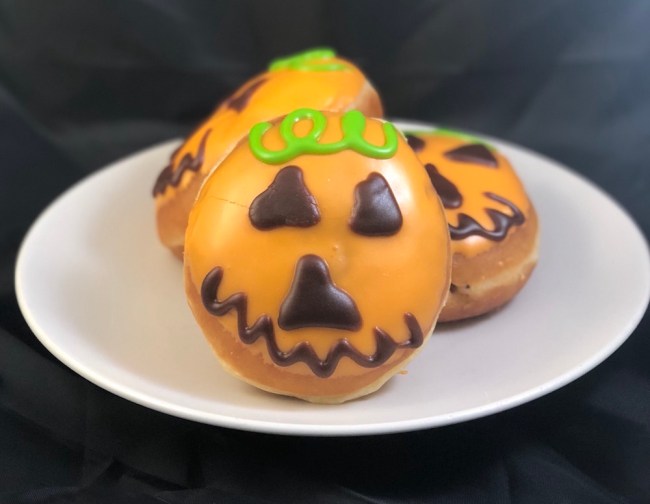 First on the docket is the Jack-O-Lantern Doughnut, which finally gives us an answer to an age-old question: “What would it look like if Charlie Brown had a child with The Great Pumpkin?”

The Jack-O-Lantern is basically what I wished a Twinkie tasted like, featuring a center filled with an airy cream (which I would have liked a little bit more of) surrounded by a slightly chewy dough and topped with frosting.

If you’re a chocolate fan, the drizzle probably isn’t going to do much to help you get your fix, as the most dominant flavor note here is simply “sweet” (although not overwhelmingly so).

The only major downside to the Jack-O-Lantern was the lack of texture— an issue that was thankfully solved by the next variety. 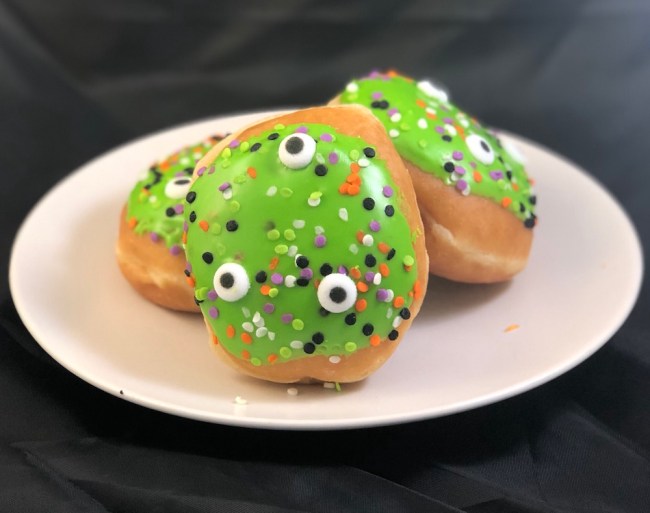 Krispy Kreme’s Monster Batter Doughnut is built on the same foundation as the previous one but features a couple of tweaks, including the addition of some sprinkles and three eyes that added the crunch I was looking for in the last one.

Unlike the Jack-O-Lantern, the Monster Batter is loaded with what’s marketed as a “cake batter” filling.

It didn’t taste remarkably different from your typical Boston cream but it was smooth, silky, and well-balanced as far as sweetness was concerned.

I’d place it slightly ahead of the last doughnut as far as the power rankings are concerned, but if you’re going to only try one of these this Halloween season, there’s really only one you should attempt to get your hands on. 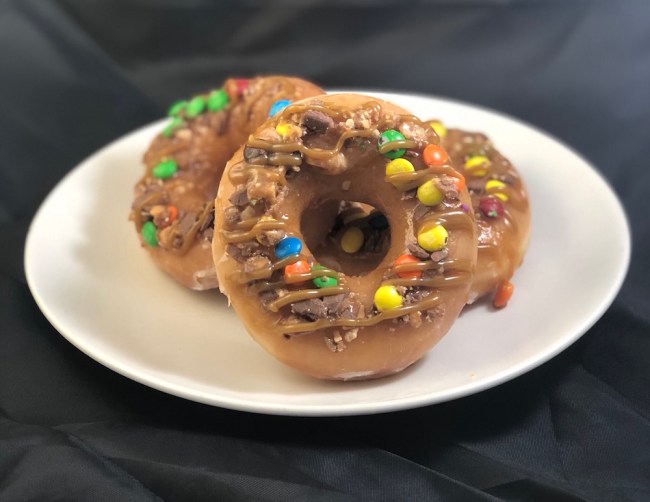 The Trick-Or-Treat Doughnut is the variety that initially got my attention for reasons that should be pretty obvious just by looking at it.

It uses Krispy Kreme’s classic glazed doughnut as a base and takes things to the next level with the addition of Snickers, Twix, and M&M’s cemented by a salted caramel icing (and a drizzle just for good measure).

I was a bit skeptical that my taste buds would get Conor McGregored and be pounded into submission by the sweetness, and while I got an immediate sugar high after my first bite, it was actually surprisingly well balanced as far as both flavor and texture were concerned (the M&M’s added a great crunch).

I didn’t really get a ton of salted caramel at first but it eventually surfaced on the back of my tongue and lingered a bit on the palate to provide a pleasant finish.

I never thought I’d use “complex” to describe the flavor of a doughnut but I think it’s applicable in this case.

You can grab all of these at Krispy Kreme until the end of the month, and if you happen to be in the vicinity of a store on Halloween, you can score a free doughnut as long as you’re rocking a costume.

I’m not sure if “A Person Who Is Hungry For A Free Doughnut” counts as a costume but I assume it couldn’t hurt to try.