Here’s How To Score Free Krispy Kreme Doughnuts For A Year In Celebration Of St. Patrick’s Day 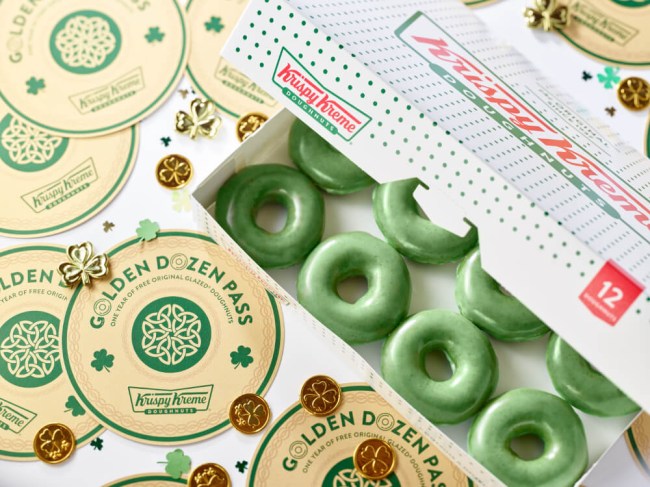 This weekend, millions of people will don green outfits, drink green beer, and swig whiskey from green bottles in celebration of St. Patrick’s Day, an occasion that has some sort of historical significance but which most people just use as an excuse to get their party on.

We know there’s at least one person who will celebrate the day by drinking beer and only beer, but if you’re going to crack open your first of many Guinnesses of the day before noon, you’re probably going to want to make sure you have some sort of sustenance to keep you from falling victim to your own series of questionable decisions.

Thankfully, Krispy Kreme has exactly what you need in the form of their “O’riginal” (get it?) Glazed Doughnut.

Last week, the chain announced they’d once again be rolling out their commemorative creation in celebration of the holiday but this year they’re upping the stakes by giving customers a chance to land free doughnuts for a year in honor of St. Patrick.

Starting today, people around the country will have the chance to win a Golden Dozen Pass. All you have to do to enter is pick up a doughnut (or, in all likelihood, more) at a participating location for a chance to be randomly selected to win the pass, which will net you a dozen glazed donuts per week for the next year.

You’re going to want to hold onto your receipt, as it will serve as your version of Willy Wonka’s Golden Ticket if you’re one of the multiple winners who will be randomly selected at each store.

Krispy Kreme was nice enough to send a few O’riginals my way to get a preview of what you can expect if you pop into a shop between Friday and Sunday, and if you’re a fan of their classic doughnut, you won’t be disappointed. 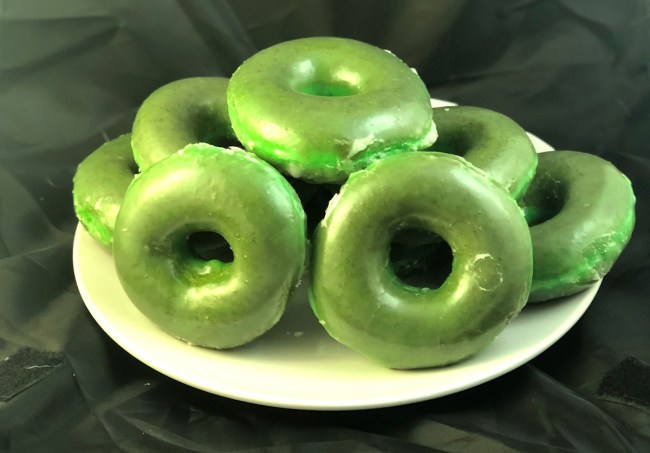 The doughnut itself is a variation of their standard version infused with enough green to make the Chicago River jealous, and while they’re magically delicious on their own, I can personally attest to the fact that they pair perfectly with Ireland’s most popular stout (especially if you throw them in the microwave for a few seconds).

If you don’t have a chance to pop by a Krispy Kreme, don’t fret—you can also enter by mail if you want to get a chance to land a pass.

I wish you all the best of luck of the Irish.