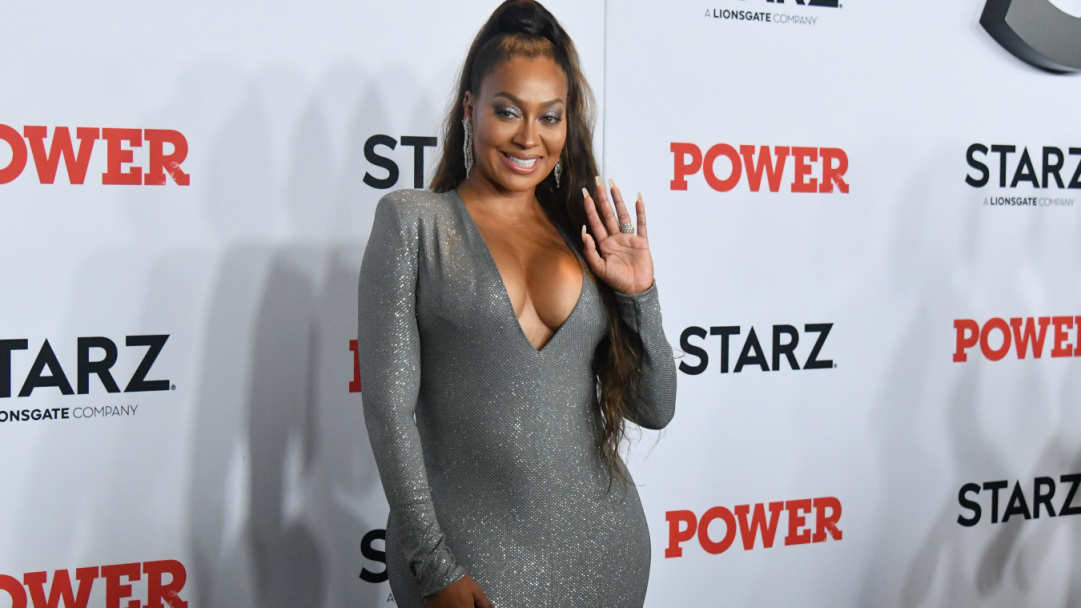 La La Anthony got into trading cards and collectibles with her and Carmelo’s son Kiyan. It is a hobby she grew to love alongside her teenage son. And that’s just one aspect of what makes this moment so incredible.

La La Anthony joined Ken Goldin, owner of Goldin Auctions, to open up boxes with the 2021-22 Upper Deck Marvel Spider-Man set of cards. In one of the $600 boxes she pulled a unique Miles Morales Spider-Man card that is estimated to be worth over $100,000.

It is believed the odds of pulling this Miles Morales Spider-Man card from the 2021-22 Upper Deck Marvel Spider-Man boxes is 1-in-602,400. La La Anthony’s reaction matches the moment. She loses her mind as her and her son Kiyan realize what she just pulled from the box.

The video should start at the 5:12 mark right before La La pulls the card but if it doesn’t, just jump ahead:

Just how rare was this $100K+ Miles Morales Spider-Man card? Ken Goldin said “this was the first one-of-one card I’ve ever pulled in my more than 40 years of collecting, too which made it even more special!”

This is a person who basically sits on the throne of the Trading Card industry on any given day. The fact that he’s never experiencing a 1-of-1 moment until now is incredible.

Apropos of nothing, La La Anthony is said to have an estimated net worth of more than $30 million. So turning a $600 box of cards into $100K+ (should she choose to sell it) is really just a drop of water in the bucket. But it’s still incredible to see that happen in real-time. She also recently said the New York Knicks ruined her and Carmelo’s marriage.